MobiPicker
News Accessories Asus ZenWatch 3 Will be Available in Germany Starting Next Month; Priced...
Share on Facebook
Tweet on Twitter
Deal Alert: 49% Off on ExpressVPN
Touted as #1 VPN in the world, ExpressVPN is now offering 49% off & an additional 3-months of service on its annual plans.

As previously speculated, Asus launched the ZenWatch 3 at the IFA 2016 during the Zenvolution Event. The ZenWatch 3 is a wearable that runs on Android wear. Like previous rumors suggested, the smartwatch is circular in design, more like the Moto 360. 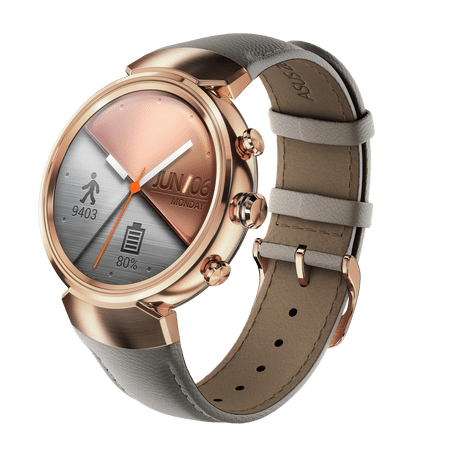 One look at the latest wearable from Asus and you will notice the refreshed design. The 9.5mm thick watch is crafted from “jewelry-grade” 316L stainless steel. The face of the watch is surrounded by a bezel complemented by a rose gold ring. On the right-hand side of the watch are two buttons and a crown.

The wearable will come in three color options, rose gold, gunmetal black, and silver. The watch features removable leather straps, with rubber straps as options. The official straps are in beige and dark brown colors. 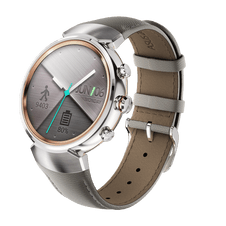 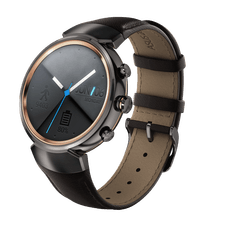 The Asus ZenWatch 3 has a 1.39-inch AMOLED display, with a 400 × 400-pixel resolution (287ppi). The smartwatch will come with 50 preloaded custom faces for the watch. You can also download the FaceDesigner app if you prefer coming up with a custom watch face.

Asus did incorporate some fitness features in the watch. According to the Taiwanese company, the step counter in the watch has an “industry-leading” 95% accuracy. The fitness logger will be essential in tracking running, walking and other activities such as pushups.

The battery life of the smartwatch is also impressive. Asus claims the battery can last up to two days on average usage. The 341mAh battery can charge from 0-60% in 15 minutes all credit to the HyperCharge feature. The company is also providing a battery pack, which could potentially provide 40% more battery life.

The smartwatch will be powered by Qualcomm’s Snapdragon 2100 SoC. The chipset is exclusively designed for wearables. The device runs on 512MB of RAM and has an inbuilt storage of 4GB.