Earlier this year at CES, the Asus CEO Jerry Shen unveiled the Zenfone 2 series along with the Zenfone Zoom. We have seen several Zenfone 2 series smartphones so far, but the Zenfone Zoom is still awaiting the release. Now it seems that the launch of the Zoom smartphone is imminent as the phone is recently spotted on the Chinese regulatory agency named TENAA. The company has already announced the price of $399, but it is not confirmed whether the price is for the lowest configuration model or top-end variant. 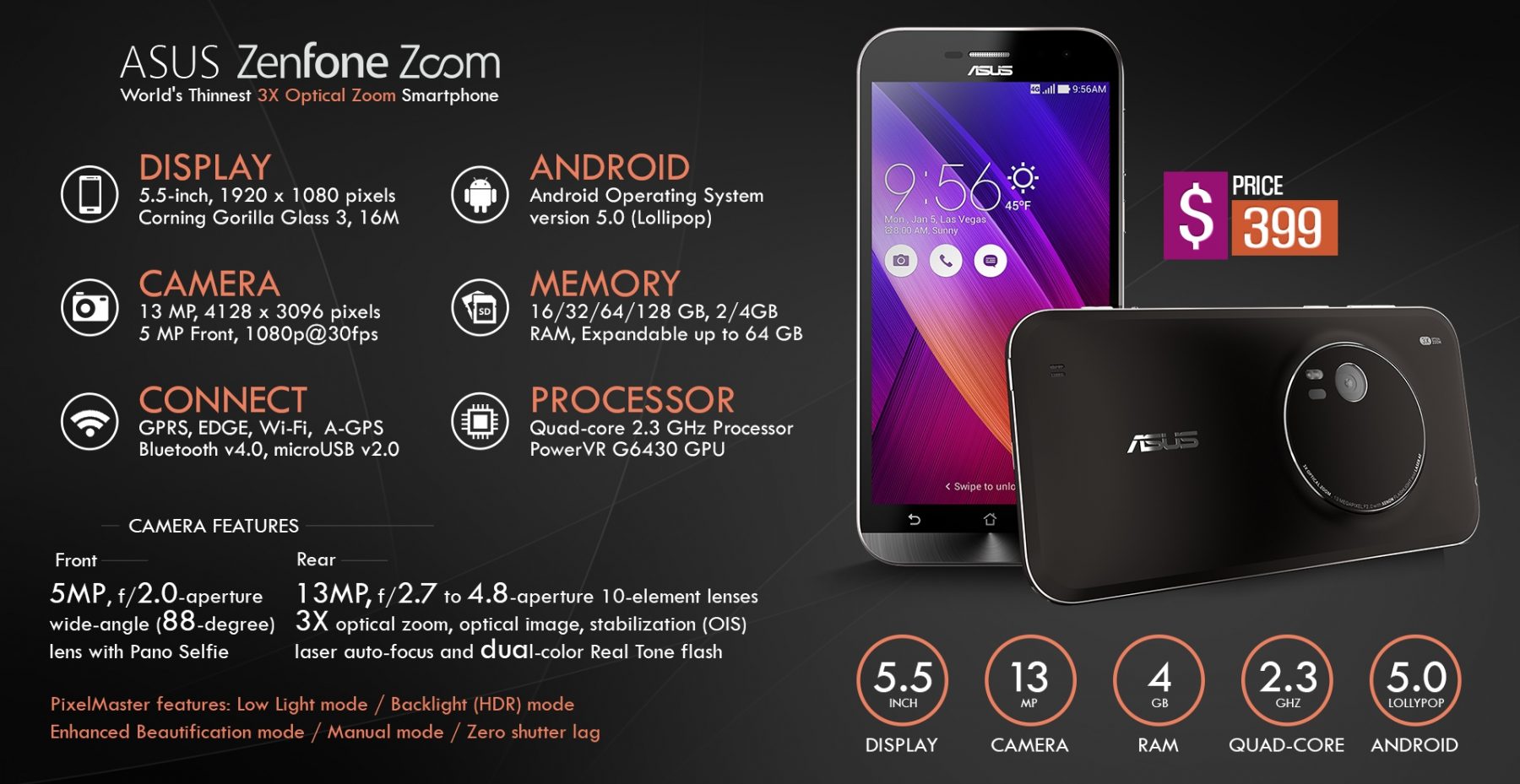 The Asus Zenfone Zoom features a 5.5 inch display with a resolution of 1080 x 1920 pixels. Powered up by an Intel Atom Z3580 chipset, the phone allows you to choose between a 2GB and 4GB of RAM variants, together with the following internal storage options: 16GB, 32GB, 64GB and 128GB, all expandable to another 64GB through a microSD card.

The phone also features the thinnest 3x optical zoom module created by HOYA. It carries a 13MP camera on the back, which comes with OIS and laser autofocus, and its f/2.7 aperture lets the user snap pictures under low-light conditions. A 5MP camera adorns the front, for selfies and video chats. Even though the Zoom carries heavy specs, its physical parameters are quite light, measuring 11.95mm and weighing only 185 grams.

Now that TENAA has made the pictures below available, we expect the device to hit the markets sooner or later. Are you excited about the Asus ZenFone Zoom? Let us know in the comments below!