MobiPicker
Mobiles Android ASUS Zenfone Selfie (ZD551KL) Refreshed Phone Now Available for Rs. 12,999
Share on Facebook
Tweet on Twitter
Deal Alert: 49% Off on ExpressVPN
Touted as #1 VPN in the world, ExpressVPN is now offering 49% off & an additional 3-months of service on its annual plans.

ASUS has recently released the refreshed version of the Zenfone Selfie handset for the Indian market. The handset is competitively priced at INR 12,999 and is expected to appeal to the mid/low tier. 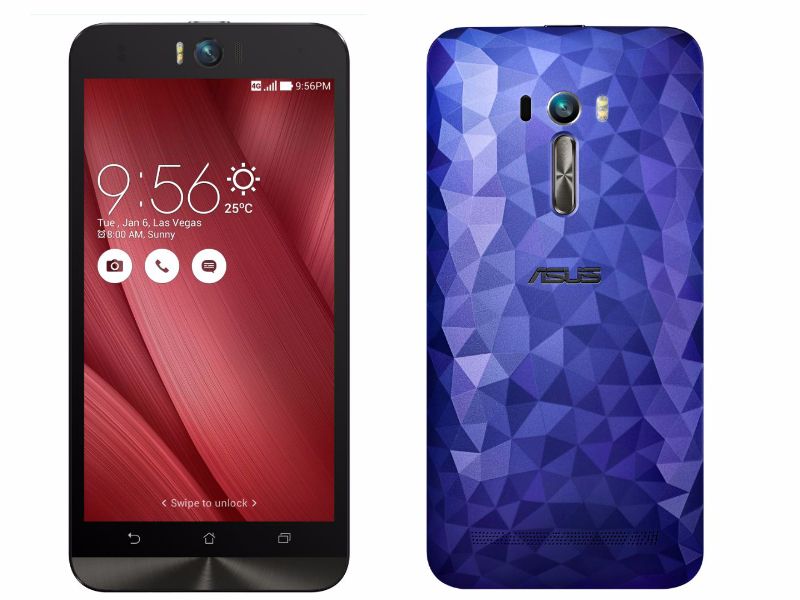 The phone packs in a 3000mAh battery. Optics is well-equipped and features a 13MP selfie shooter with f/2.2 wide aperture, a dual tone flash, and a selfie panorama mode. Made purely for selfie lovers, the front camera also comes with a macro photography feature which lets you capture objects as close as 6cm. The rear 13MP camera has f/2.0 aperture, auto-laser focus lens and a dual-color real tone flash. The phone comes in variants of Glacier Gray, Illusion Polygon Blue, Illusion Smooth Pink, Polygon-Illusion Diamond White and Sheer Gold.

“The new Zenfone Selfie perfectly encapsulates the creativity of the ASUS design team with the stunning diamond cut back fashioned to deliver a stylish and luxury experience for the consumers. Apart from the design, the smartphone also offers great performance levels with its 3GB RAM and Qualcomm Snapdragon 615 to match the users’ performance needs,” said Peter Chang, Region Head South Asia & Country Manager, ASUS India.

The only thing that comes as a disappointment is the fact that it still runs Android 5.0 Lollipop. Almost all new phones releasing now come with Marshmallow and a few are already gearing up for the Android Nougat update.

The phone is exclusively available on Amazon.in. But as of now, we can only see two colors (white and silver) being offered on Amazon.