MobiPicker
Mobiles Android ‘Asus Zenfone GO 4.5 LTE’ Launched In India: Price, Specs and Everything...
Share on Facebook
Tweet on Twitter
Deal Alert: 49% Off on ExpressVPN
Touted as #1 VPN in the world, ExpressVPN is now offering 49% off & an additional 3-months of service on its annual plans.

Asus has just announced its latest budget offering, Asus Zenfone GO 4.5 LTE in India. The 4G enabled smartphone from Asus will sell for INR 6,999 in India. It features a metallic unibody design with a curved back. 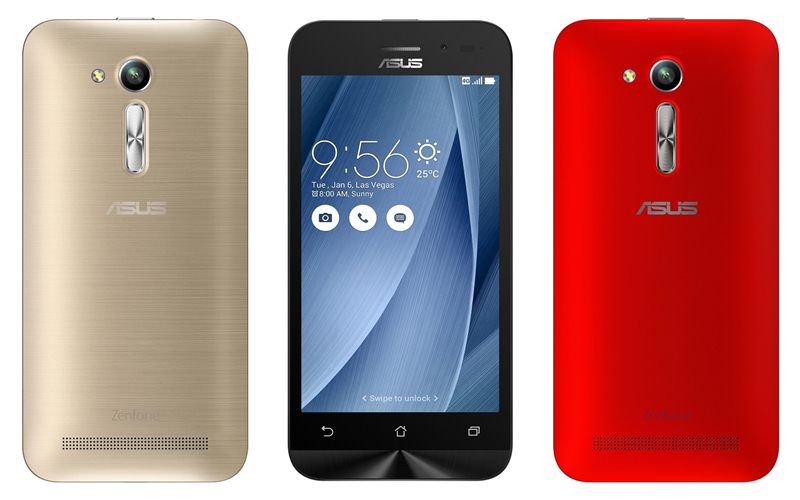 Like earlier Zenfone models, the volume rockers are located on the rear panel. This will make taking selfies easier. Asus Zenfone Go 4.5 LTE features a 4.5-inch FWVGA display (854×480 pixels) and Bluelight filter. It is powered by the popular Qualcomm Snapdragon 410 MSM8916 quad-core chipset clocked at 1.0 GHz with Adreno 306 GPU. You have 1 GB RAM and 8 GB internal storage at disposal with support for micro-SD card up to 128 Gigs.

Asus is also offering free 100 GB Google Drive storage to the smartphone buyers for two complete years. As for the software is concerned, the smartphone runs Android Marshmallow v6 with ZenUI on top so a little bloatware is expected.

Peter Chang, Region Head – South Asia & Country Manager, ASUS India said, “Through our smartphones, we aim to cater to a wide segment of users, and we endeavor to offer the differentiated ASUS technology even in mass segments. We are sure this smartphone will able to provide an enriching user experience and be appreciated by our users across the county,”.

The Zenfone GO 4.5 LTE from Asus is a dual-sim offering with LTE support, meaning you can use it with Jio network. The handset supports a 3.5mm headphone jack along with USB 2.0 (no Type C). Sensor side of the smartphone consists of Accelerometer, E-Compass, proximity, and ambient light. Asus Zenfone GO 4.5 LTE will come in four color variants of Glamour Red, Silver Blue, Gold, and Silver. The smartphone measures 136.5 x 66.7 x 3.6 mm with a weight of 135 grams.

Asus Zenfone GO LTE 4.5 will go on sale in India in January. You can get your hands on the handset via both online and offline channels. Do let us know what you make of the latest smartphone from Asus in the comments section below.