A couple of months back, Asus launched the Zenfone 2 in India, and now the Taiwanese Tech giant plans to introduce more smartphones in the country. According to information received the phone maker will release Zenfone 2 Deluxe, Zenfone Selfie, and Zenfone 2 Laser in the Indian sub-continent during the ZenFestival on August 6th.

This device is labelled by Asus as a “Crystal miracle” and supports a 5.5-inch size touchscreen display that produces full HD (1080p) resolution and comes with Corning Gorilla Glass 3 coating.

The smartphone also incorporates a 64-bit octa-core Intel Z3580 processor paired with 4GB of RAM and 64GB of internal memory, which can also be increased to 128GB through microSD card slot.

On the back is fitted a 13-megapixel photo snapper with autofocus, LED flash and video recording, and on the front is a secondary 5-megapixel camera unit for selfies.

The Zenfone 2 Deluxe offers supports both 4G LTE and dual-SIM connectivity options, coupled with Wi-Fi, Bluetooth, microUSB 2.0, and GPS with AGPS. A battery of 3,000 mAh powers the smartphones.

Another 13-megpixel camera unit with dual-LED flash is seen on the front, but there are other interesting specs incorporated in the Zenfone Selfie.

For instance, the device supports a 64-bit octa-core Qualcomm Snapdragon 615 processor, an Adreno 405 graphics processing unit and either 2GB or 3GB of RAM.

Other features of the Zenfone Selfie include Wi-Fi, Bluetooth 4.0, 4G LTE, microUSB 2.0, GPS with AGPS, dual-SIM support, and 3,000 mAh battery.

It comes with a 5-megapixel selfie camera unit on the front, a smaller 5-inch touchscreen display that supports HD (720p) resolution, and a Corning Gorilla Glass 4 coating for extra protection.

In the interior, the Zenfone 2 Laser integrates 64-bit quad-core Qualcomm Snapdragon 410 processor, 2GB of RAM and either 8GB or 16GB of internal memory, which can be extended up to 128GB through microSD card slot.

The phone will also support both 4G LTE and dual-SIM, Wi-Fi, Bluetooth, microUSB 2.0, and GPS with AGPS.

A battery capacity of 2,070 mAh will power the 8GB variant of the Zenfone 2 Laser, whereas the 16GB version will be energized by more powerful 2400 mAh battery.

All three phones run an Android 5.0 Lollipop operating system, along with ZenUI.

Price of all the models will be announced on the say day i.e. August 6th. We will be covering the live event, stay tuned. 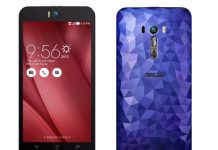 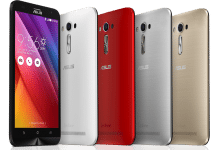 Zenfone 2 Laser vs. LeEco Le 1s: Which You Should Buy?