Let’s think of a hypothetical scenario wherein a far away asteroid is found to be on a collision course with the Earth. NASA scientists predict another four years till the catastrophic impact. The news somehow got leaked to the media and, by extension, to the general public.

What do you do now? Should you panic like everybody else and start running in circles screaming “End of the world!”? Or should you keep calm and hope that the brightest mind in the world will work out a solution.

According to NASA, the latter would make a better choice as they think they have the technological know-how to deal with any such challenge in the foreseeable future – however improbable!

Sure, four years is too short a span to effectively deflect the incoming space-rock. However, it could be more than enough to devise a contingency plan and save as many people as possible to prevent the human race from following the footsteps of the dinosaurs.

To discuss such a scenario, the folks at NASA and the Federal Emergency Management Agency (FEMA) came together last month on Oct 25. They engaged in a “tabletop exercise” to assess how the two agencies would collaborate to gauge the severity of the crisis, prevent mass panic, and protect the maximum number of people.

“It’s not a matter of if, but when, we will deal with such a situation,” Thomas Zurbuchen, NASA’s Science Mission Directorate’s new associate administrator, said in a statement, reports Space.com.

“But unlike any other time in our history, we now have the ability to respond to an impact threat through continued observations, predictions, response planning and mitigation.”

The exercise saw participation from various government agencies including NASA, FEMA, the Department of Energy’s national laboratories, California Governor’s Office of Emergency Services, and the US Air Force.

Worth noting, this was the third exercise of its kind. The previous two were focused mainly on a deflection mission, although in the latest one in the series, there was too little time to dodge the cosmic bullet.

The test scenario was based on a hypothetical approaching asteroid between 100 to 250 meters long. Initially, the probability of a 2020 impact was as low as just 2%. However, as the group began the tracking simulation, the possibility increased over time and rose to first 65% and then 100% by the end of May 2017. By November 2017, the participants had enough data to conclude that the point of impact would be somewhere in the Pacific Ocean or across Southern California.

Calling these exercises invaluable to the whole asteroid science community, NASA Planetary Defense Officer Lindley Johnson said, “”We receive valuable feedback from emergency managers at these exercises about what information is critical for their decision making, and we take that into account when we exercise how we would provide information to FEMA about a predicted impact.” 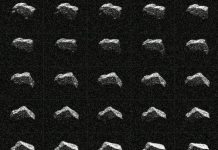 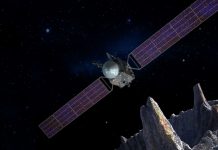 NASA’s New Mission To Explore Asteroid Worth A Whopping $10,000 Quadrillion 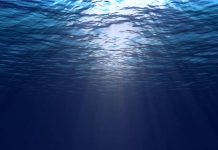 Mysteries Surrounding The Origin of Water On Earth Deepens 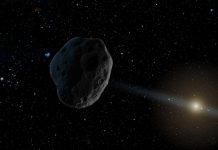 NASA’s NEOWISE Mission Spots Two Objects, One Comet And One Could Either Be A Comet Or An Asteroid 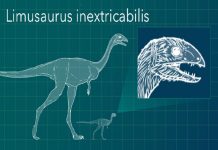