The Internet Archive is making us happy again with more than 1000 games from the Windows 3.1 era. Not only does it bring Windows 3.1 games to your browser, there are a crazy amount of other programs that are now available as well. 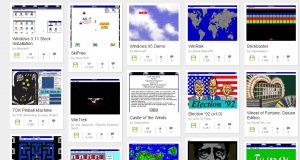 You’ve probably never heard of most of the windows 3.1 games and some even have pop-up messages asking to send the developer a couple of dollars. A lot of it is proto-indie stuff. However, there are some classics that are worthy to be mentioned right here at MobiPicker. Some of these nostalgic titles are the platform game Another World, Sim Earth, Hoyle Solitaire, Out of This World, The Even More Incredible Machine and Civil War: From Sumter to Appomattox.

One of the archivists named John Scott wrote: “The colorful and unique look of Windows 3/3.1 is a 16-bit window into what programs used to be like, and depending on the graphical whims of the programs, could look futuristic or incredibly basic,”. He also wrote: “For many who might remember working in that environment, the view of the screenshots of some of the hosted programs will bring back long-forgotten memories.”.

Apparently recovering the old files is not an easy job, active archivists are calling out to volunteers. According to Scott volunteers can contribute, and help speed up the progress a lot with projects like this.

“As is often the case with projects like this, volunteers contributed significant time to help bring this new library of software online. Justin Kerk did the critical scripting and engineering work to require only 2 megabytes to run the programs, as well as ensure that the maximum number of Windows 3.1 applications work in the browser-based emulator. (Justin thanks Eric Phelps, who in 1994 wrote the SETINI.EXE configuration program). db48x did loader programming to ensure we could save lots of space. James Baicoianu did critical metadata and technical support. As always, the emulation for Windows and DOS-based programs comes via EM-DOSBOX, which is a project by Boris Gjenero to port DOSBOX into Javascript; his optimization work has been world-class”.

To us, all the terms he mentioned sound pretty difficult and I have absolutely no idea what they mean. If you’re curious about what programs have been recovered but don’t want to be spitting through millions of files Scott provided a link in his post. It’s a showcase with some of the most interesting windows 3.1 games and 3.X programs. It’s quite amusing to scroll through the list and take a look at some of them.

I would like to thank the archivists around the world for recovering this “lost” data and making it available for the world to see. Imagine your grand, grand, grand children scrolling through one of the databases! 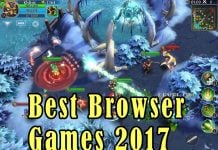