Arrow season 5 concluded two months ago, on May 24, 2017, and since then, fans have been eagerly waiting for the next season to arrive. The previous season was a rather interesting one as it was filled with thrilling moments and revealed a lot of stuff. However, at the same time, it left a lot of questions unanswered. And this is the very reason why fans are currently craving for more. The previous season’s finale left fans with cliffhangers, and they are now dying to see what will happen next. Recently, a memorial of a certain character was showcased through a teaser post. 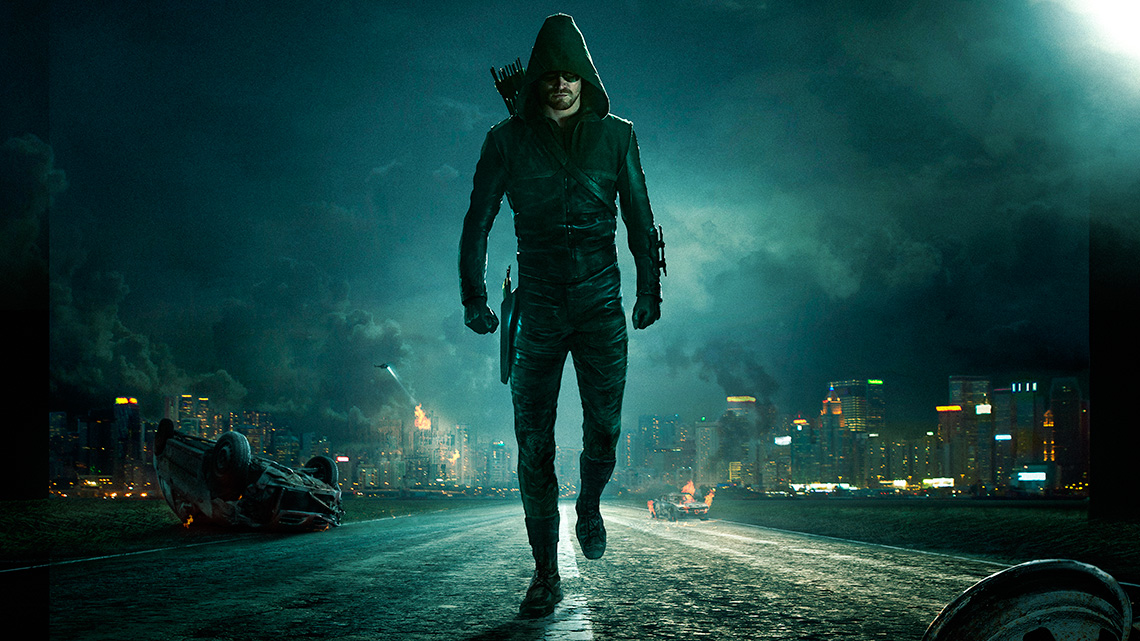 Recently, the team behind Arrow Season 6 decided to give fans a little glimpse at the next season of their favorite show. They released a new concept art, which featured something regarding Black Canary. We all are aware of the fact that Black Canary has faced a lot of problems in her life and was portrayed by different characters throughout the series. However, Laurel was the one who became the final Black Canary.

Some time ago, Laurel realized that she is now strong enough to handle things on her own, so she decided to go to the front lines with Arrow to start dealing with real trouble. Sadly, just like her sister, Laurel met her demise after Damien Darhk brutally stabbed her while he was escaping from prison. Because of this, to thank her for all of the things she did, team Arrow decided to put up a statute in Black Canary’s memory. Recently, the executive producer of the show, Marc Guggenheim posted a picture from Arrow season 6’s production, which revealed the statue of Black Canary.

Production art starting to come in for Arrow Season 6… pic.twitter.com/o5plFHFkcs

Arrow Season 6 To Be Filled With Surprises

Along with this, Guggenheim also decided to tease fans regarding what happened in the finale episode of Arrow season 5. The season ended with a huge explosion, thus leaving fans wondering about who survived and who didn’t. However, the executive producer claimed that fans are currently focusing on who survived and who didn’t, but there can be more to it than just that. What he meant was that there could be more consequences other than just deaths of certain characters. This indicates that fans can expect to see a lot of surprises in Arrow season 6.

Arrow season 6 is currently scheduled to premiere on October 11, 2017. Let us know if you’re excited about it or not in the comments below.