Once you start watching Arrow episodes, you wouldn’t want to stop at just one of them. The storyline is so gripping that you would want to finish them all at once. The American action crime television series based on DC Comics character Green Arrow premiered on October 2012 and has become one of the most watched TV series of all time. The series focuses on Oliver Queen (played by Stephen Amell), billionaire playboy of Starling City and his return to Starling City after spending five years shipwrecked on the mysterious island of Lian Yu. 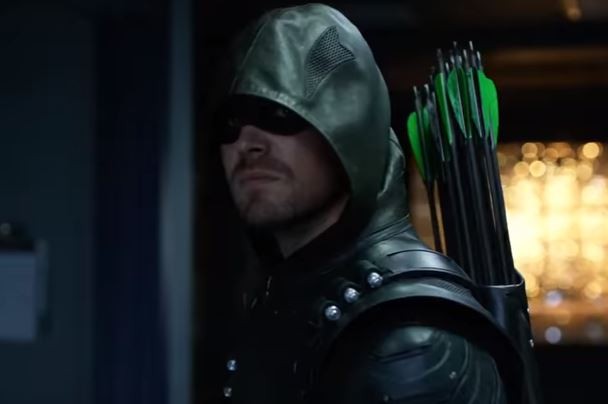 Arrow storyline will take an interesting turn in the upcoming episodes. If you have given up watching the show, now is the time to catch up on the show because from now on the storyline will only get more exciting and interesting. Gear up for some fun as the upcoming episode will see two baddies return to team up against Team Arrow. According to reports, China White (guest star Kelly Hu), Cupid (guest star Amy Gumenick) and Liza Warner (guest star Rutina Wesley) break out of Iron Heights and head to Star City for revenge. Oliver tries to bring in the newly formed girl gang but the ACU intervenes mid-fight.

Girl-gang to take revenge against the Green Arrow

What will the girl-gang go after? Looks like China White and Cupid are in for some serious revenge against the hero who put them in prison. Olive’s life seems to be getting more complicated since he will have to deal not just with the girl-gang but also with the ACU, who want to arrest the Green Arrow for Officer Malone’s murder.

If you have forgotten who China White is, she was the top assassin for Chinese Triads before becoming the leader. Her appearances haven’t been too many but she’s all set to return stronger than ever. Cupid is a more familiar character with Arrow fans. The love-struck villain keeps trying to get Arrow’s attention but does so in ways the Green Arrow does not approve of. Going on a killing spree just to grab Arrow’s attention is something that doesn’t go well the Arrow.

Season 5 has very interesting things in store! Don’t miss the next episodes of The Arrow. Time to catch up on all the previous episodes right now!