Stephen Amell reveals the reason behind the lead protagonist wearing the outfit again.

Oliver Queen will get into the suit he wore in the first season of Arrow. This was confirmed through a video on Facebook uploaded by Stephen Amell, who previously had posted on Twitter a photo in which he appeared with the “uniform” mentioned.

The star of the hit CW series on Green Arrow has confirmed that the image is not old, but was taken last week, but did not reveal the reasons behind his character to get his old suit, said IBTIMES.

“I have to wear the suit from the first season for reasons that I will not reveal.” 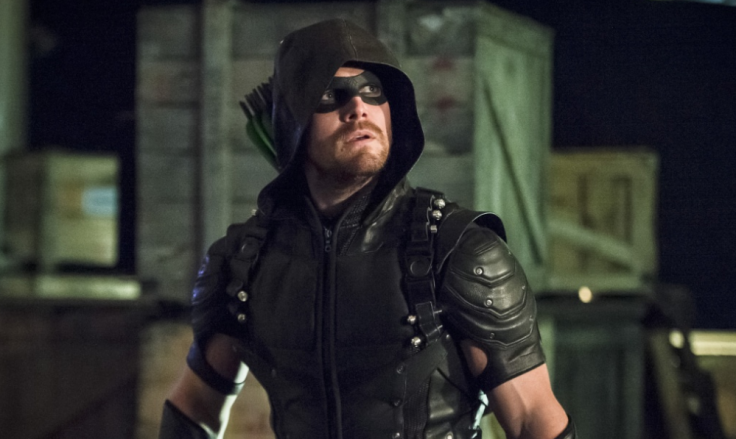 However, since ComicBook speculates with some possibilities, such as the introduction of flashbacks to the first season or plot related to the power of time travel team Legends of Tomorrow , with which has already been confirmed a “Crossover” in episode 100.

Susanna Thompson will play the mother of Oliver Queen in the fifth season of the series.

The team Arrow prepares something really special for the 100th episode of the CW series. The chapter pointed out, that it will be part of the crossover to four among all series of US chain on DC Comics superheroes and will receive the visit of some characters that for some time we do not see and. According to Entertainment Weekly, Moira Queen will one of them. 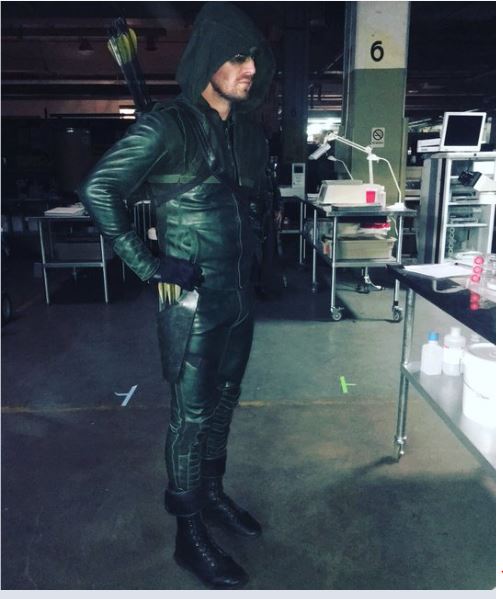 The last time we saw the mother of Oliver Queen (Stephen Amell), died murdered by Deathstroke (Manu Bennett), but given the existence of multiple flashbacks in the series, seems likely to be and meet Moira again. The character will again be played by Susanna Thompson. Or, as indicated from EW, also seems possible time travel or other appearance on Earth.

The fifth season of Arrow started on October 5 in CW.

Revealed the villain of ‘mega-crossover’ between ‘The Flash’, ‘Supergirl’, ‘Legends of Tomorrow’ and ‘Arrow’.

The big event ‘Flarrowverso’ will premiere during this December.

The Arrow, The Flash, Supergirl  and Legends of Tomorrow have to join forces in the ‘mega-crossover’ of DC that emit CW in December? This question has just been answered: The Dominators .

This was recently confirmed by Marc Guggenheim, executive producer of series like starring Emerald Archer. “This year, for our ‘mega-crossover’ of ‘Arrowverso’, we have inspired by a ‘crossover’ DC in the late 80s called Invasion! ” He says (via EW ). “In him an alien race called Dominators appears. We are using prosthetics and computer effects to get an aspect of a quality as the films,” he adds.

In DC comics, The Dominators are an advanced alien race technologically form a coalition with other races to invade Earth and thus eliminate the threat of unpredictable metahumans. As data to highlight, The Daxamites are part of this invading group and in the second season of Supergirl know one of them:Mon-El, a character who will play Chris Wood. Coincidence?

These data fit with the information previously given in this ‘crossover’. As we told you a while ago, it will be Supergirl which triggers events that will occur in this mega-event and the fact that the aliens play an important role in these chapters makes fiction superhero perfect to take the lead in this invasion. 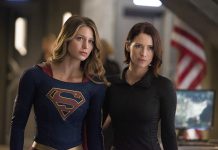