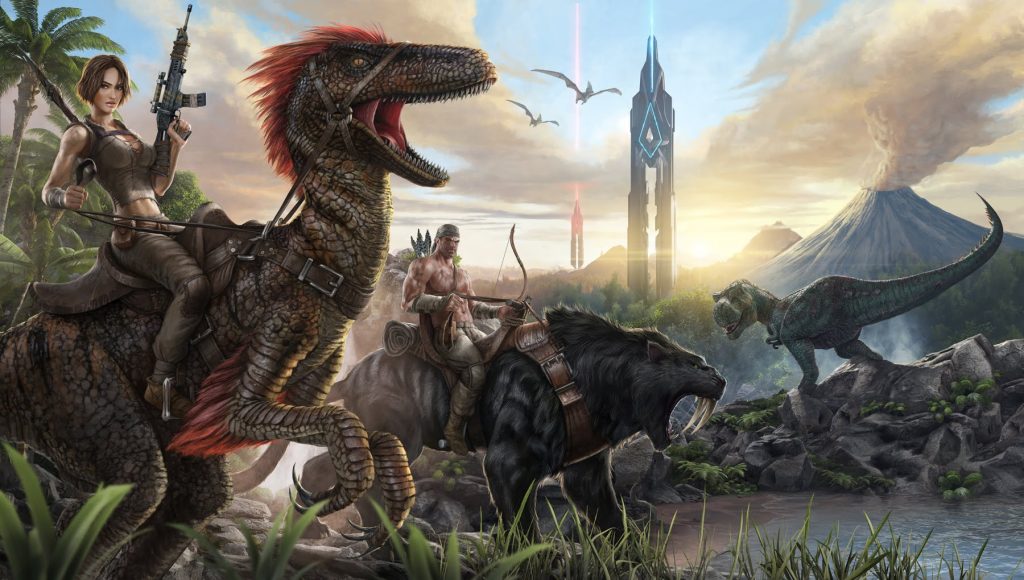 Split screen multiplayer will allow you to play with a friend, both offline and online, later being enabled only on non-dedicated servers, with split-screen multiplayer being a timed exclusive for Xbox One. PC players should get this feature at a later stage. Aside from that, a new dinosaur named Dimetrodon who has a sail on his back and is able to shelter players from excessive heat and extreme cold. Another new dinosaur called Gallimimus is also a part of the update. It’s a three-seater that is bad at defending himself but can run pretty fast.

New items that are added include SWAT style armor, Electric Prod, and beer barrels. You’ll be able to brew stat-enhancing beers but when they wear of be ready for a hangover, just like in real life. Check the full list of updates below:

Ark: Survival evolved was (and still is) a huge hit of the Steam’s Early Access program, it’s currently available for PC and Xbox One, with a scheduled PS 4 release sometime during this summer.