Ark Survival Evolved is still in early access and riddled with bugs. On top of that Studio Wildcard were hit with a law suit which they had to settle for $40 million. It seems Studio Wildcard is a magnet for controversy. After their game designer was involved in a non-compete, the studio decided to make up for financial losses by putting up a DLC called Scorched Earth. Ark Survival Evolved Scorched Earth DLC adds a new parallel world with desert-like biomes. The weapons and things found in the parallel world can be taken with players back to the main game world. This means that someone who owns the DLC can absolutely wreck players who don’t own it. Reddit was ablaze with fury as fans stormed to the message boards to give Studio Wildcard a piece of their mind.

“Put simply: we are absolutely committed to driving aggressive development towards a solid, feature-robust game launch for ARK: Survival Evolved. Everyone at Wildcard wakes up every day thinking about how we can make ARK into a better game today than it was the day before. It’s not always easy, but our intent is ever-forward progress towards a retail release that will be far more ambitious in scope and features than our original vision when we launched ARK into Steam Early Access in June 2015. Your feedback enables us to continually expand the game to become better than ever!”

Developers further clarify that Ark Survival Evolved Scorched Earth DLC was what they always wanted the game to become. They are preparing to release the game and want everything possible added to it to make the launch of the game appeal to audience. They also plan to integrate the first pre-launch expansion into the game so players won’t run into trouble when they buy Ark Survival Evolved Scorched earth DLC after it launches soon.

The new herbivorous dinosaur is considerably smaller than its close relative, Stegosaurus Regium. It’s aggressive and very deadly in groups. It’s sharp wounded spikes can pierce the best armor. Very few survivors have tamed the beast right now but we’ll see more of them domesticated in the future.

1. Game will introduce Tapejara and Archaeopteryx later this week
2. Breeding Phase 3 and the Boss Ascension Cycle to be introduced
3. Tek Tier items will be introduced
4. Ark lore to be shown, we will finally just what the hell is going on, gather pieces of the Explorer Note system to piece together the story.
5. Procedurally Generated ARKs should be coming to PC next month, and Xbox soon afterwards
6. New Dev Kit will be released which also includes Ark Survival Evolved Scorched Earth DLC, expect a lot of mods!

Let us know what you think of Studio Wildcard’s new updates for the game. 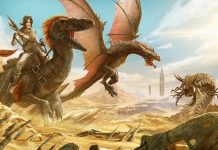 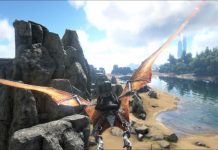