MobiPicker
Mobiles iOS Apple’s World AIDS Day Initiative Has New RED Products and App Store...
Share on Facebook
Tweet on Twitter
Deal Alert: 49% Off on ExpressVPN
Touted as #1 VPN in the world, ExpressVPN is now offering 49% off & an additional 3-months of service on its annual plans.

Apple has a long-standing partnership with the (RED) campaign, and today, the Cupertino giant has initiated its efforts to join its user base in the fight against AIDS. The company has introduced new products, special limited-edition items for games in the App Store, and donations tied to certain Apple Pay purchases on World AIDS Day. 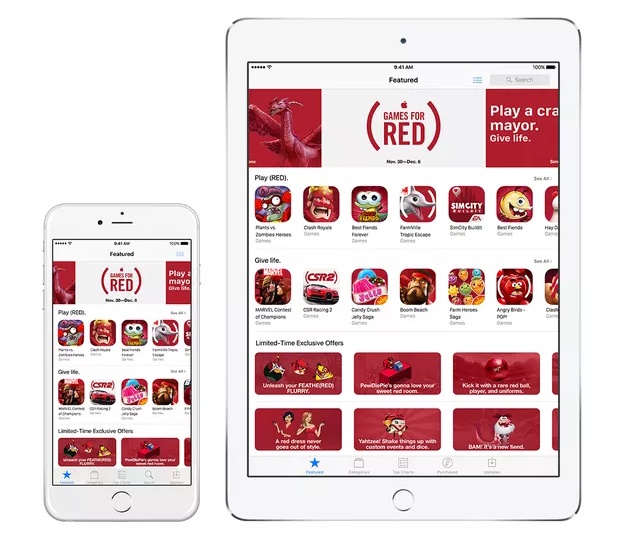 Apple VP Lisa Jackson said “We’ve been part of (RED) from the beginning,” adding that the partnership “really aligns with who we are as a company.”

Not only Apple,  Starbucks, Coca-Cola, and Bank of America, have all together raised over $360 million and directed that money to the Global Fund to fight AIDS.

Apple has announced RED themed products which include a (RED) smart battery case for iPhone 7, a (RED) Beats Pill+, (RED) Beats Solo 3 headphones and a (RED) leather case for the iPhone SE .

20 popular games will release exclusive in-app purchases of (RED) content, and 100 percent of those proceeds will go to the Global Fund.

Apple has also announced that it will donate $1 to (RED) “for every purchase made with Apple Pay” via the company’s website or at the Apple Store for a total of up to $1 million. Even Bank of America has agreed to chip in the same amount to the same maximum.

Lastly, the company’s 400 stores across five continents will either turn the Apple emblem red or display window signage related to World AIDS Day and (RED).