Android and iOS users share a very cold relationship. The most recent proof of this is a new app Apple launched in Google Play Store, called ‘Move to iOS‘. With the release of iOS 9 yesterday, Apple released this application in Play Store to make it easier for people to switch from Android to iOS. Android users have bombed the app with one star reviews, negatively commenting not only on the app itself but also on Apple in general. 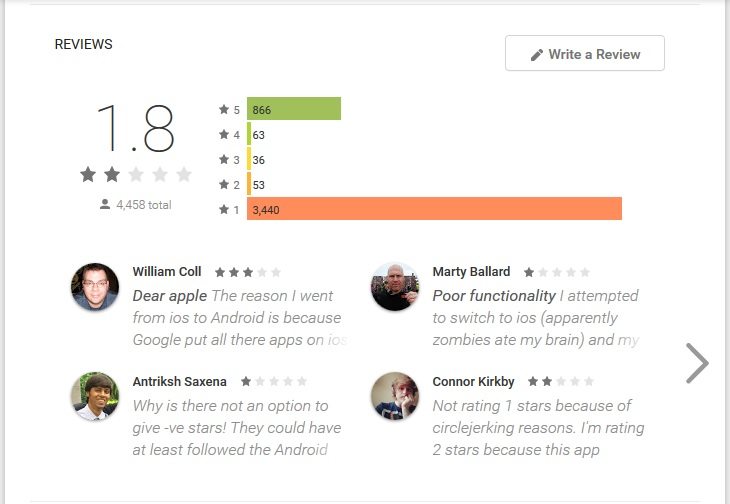 It doesn’t take too much knowledge of the iOS-Android war to know the kind of explosion something like this would cause. This app didn’t get bad rating only because Android users dislike Apple; some actually used it and described it as a ‘very useless’ and ‘horrible built’ app.

‘Move to iOS’ was made by Apple to make it easier to transfer content and files from Android to iOS, if someone wishes to do so. At the moment, the app has a general Play Store rating of less than 2, which would naturally affect anyone who might consider installing it in the future. Clearly, launching the app was not a very good move by Apple, and certainly not a well-timed one!