MobiPicker
News Apple Watch Series 2: Specs, Features, Price, and Availability Details – All...
Share on Facebook
Tweet on Twitter
Deal Alert: 49% Off on ExpressVPN
Touted as #1 VPN in the world, ExpressVPN is now offering 49% off & an additional 3-months of service on its annual plans.

Apple has introduced the Watch series 2 at an event in San Francisco along with iPhone 7 Duo. The Watch series 2 comes with improved processor, built-in GPS, brighter display and more. Let’s check out the detailed specifications and features of the Apple Watch series 2 in detail.

Apple Watch Series 2 Specs and Features: The Apple Watch Series 2 is powered by the new S2 chipset with a faster Dual-Core chipset and a new GPU that promises to give 2x graphics performance. When it comes to display, the Watch Series 2 display is 2x brighter at 1000nits; it is also the brightest for any Apple display till date.

Biggest new addition to the Watch series 2 is the built-in GPS support, and it does not require you to carry your phone while running or walking. The Watch series 2 is capable of counting laps and then analyses the average lap pace and auto-detect stroke type so that can accurately measure active calorie burn. 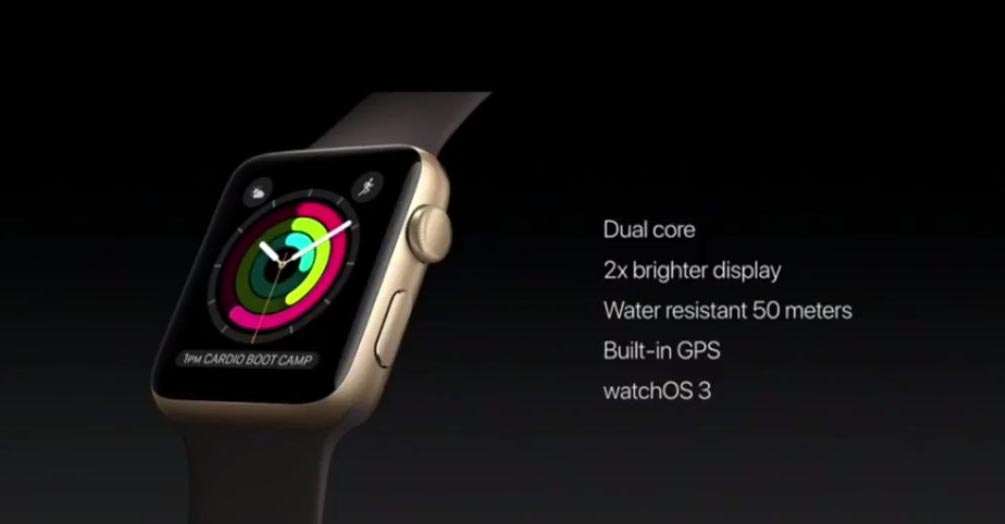 The Watch Series 2 runs on WatchOS 3, and with WatchOS 3, Apple has improved the performance and simpler way to launch Apps, you can either open up the apps from the watch face or via the new dock. The Dock displays all the latest information that is already updated by the watch in the background.