Rumors from the last quarter of 2016 have hinted that Apple will be launching iPad Pros in sizes like 9.7-inch, 10.9-inch, and 12.9-inch this year. Newer information shared by Japanese blog MacOtakara has reported that the Cupertino-based company will be announcing 4 iPad Pros in different sizes in March.

The four rumored iPad Pro sizes are 7.9-inch, 9.7-inch, 10.9-inch, and 12.9-inch. The smallest among these models is said to launch to replace the iPad Mini from 2015. Like regular iPad Pros, the 7.9-inch model is expected to come with True Tone display and carry support for features like Apple Pencil and Smart Connector. It is rumored to be powered by Apple A9X SoC. Other features include a 12-megapixel iSight camera with true tone flash and quad speakers.

Apple had introduced the 4-inch iPhone SE in March in two storage options of 16 GB and 64 GB. Speculations indicate that Apple’s March event will unleash a newer internal storage version of 128 GB for the iPhone SE.

Check Also: How to mirror iPhone to TV

To spread the awareness of AIDS, Apple has been releasing its products like leather cases, silicon cases, portable speakers, headphones, iPods and so on in red color in partnership with (RED) for the past 10 years. Speculations are rife that the Apple iPhone 7 and iPhone 7 Plus would be also coming in red color in the next month.

Check Also: How to get 3D Touch on Older iPhones 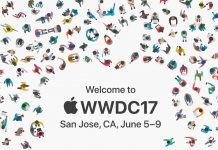 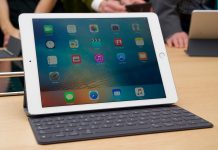