iTunes and Apple Music had so far been the exclusive domain of iPad, iPod and iPhone owners. Apple has been extremely hesitant so far in devolving their products outside their exclusive hegemony. But the most resilient of tech citadels must one day fall to the gales of the free market forces. And so, it has finally happened with Apple Music. Apple finally released the first stable Apple Music version 1.0.0 on the Google Play Store after keeping it in Beta stage for a good while. 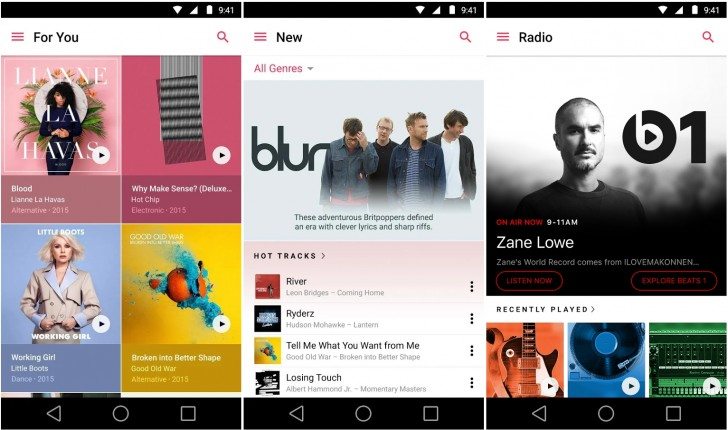 Android users had to make do with apps like Spotify to satiate their requirement for a portable music app. The Apple Music, on the other hand, incorporates a number of market-clinching features like an instant update of chart-topping music. Moreover, it can effortlessly sync with the inbuilt memory or even an additional SD card in our phone. This would take one back down the nostalgia lane to the times when the only way to get songs onto your Apple device would be via the tedious route of enlisting all songs on your iTunes PC software first and then syncing it onto the device.

Perhaps the greatest utility this version of Apple Music has to offer is its compatibility with the Beats Music package. It is also expected this factor will significantly increase the availability of playlists from diverse genres across the world.  So those who support the music they love and would like to see it in a completely new premium avatar, Apple Store for Android is the place to be.