MobiPicker
Android Applications WhatsApp Beta For Android Adds Doodling Among Other Features
Share on Facebook
Tweet on Twitter
Deal Alert: 49% Off on ExpressVPN
Touted as #1 VPN in the world, ExpressVPN is now offering 49% off & an additional 3-months of service on its annual plans.

WhatsApp is expected to release a major update. The WhatsApp beta app for Android has already received a new update. The beta update focuses on improving the chatting experience. The new update now adds the doodling ability along with bigger emojis and stickers, which will make more fun on WhatsApp. The instant messaging app is the latest to add stickers after Snapchat and Facebook Messenger. To try these new features, you will have to sign up for WhatsApp Beta program. 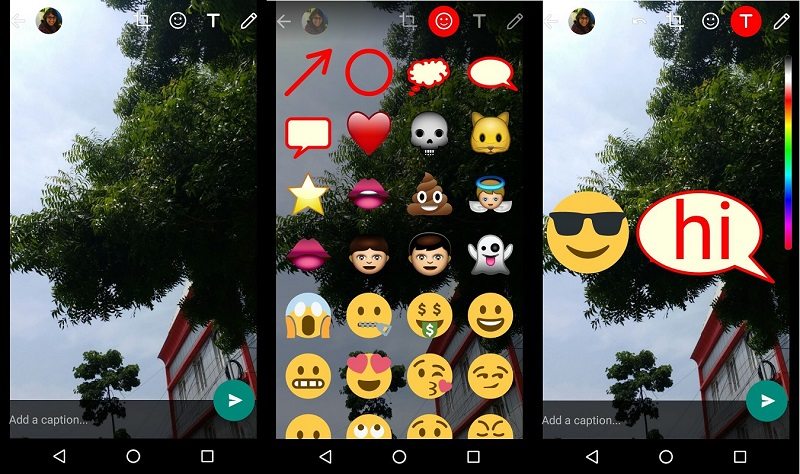 The latest update allows you to add doodle over pictures, even when you are taking a photo using the camera from within WhatsApp. It offers options to draw and scribble by selecting the pencil and ‘T’ icon respectively. A color slider has also been added that allows you to pick your favourite color to doodle or write. Also, users will now be able to add stickers to photos.

With the new update, WhatsApp will be able to support bigger emojis. The app will also allow you to send combinations of small, medium, and large emojis in a single chat.

The new update also adds some other features to WhatsApp, such as:

*The above-mentioned camera features only work if you are using the WhatsApp in-app camera.

If you want to install the WhatsApp beta update from Google Play Store, you can sign on the WhatsApp Beta program here or you can download the WhatsApp APK file APKMirror.com.