The Facebook Messenger app for Android has received a new update today for its beta version. The new beta update comes with version number 96.0.0.12.70 and is compatible with Android 4.4+ smartphones and tablets. The latest Facebook Messenger APK download file with build number 43239503 is 54.58 MB in size.

As this is a beta version, there might be a couple of bugs in this update, though it’s not so likely as the app is already very stable and smooth. Of course, on low-end phones, the app will not work as smoothly as it will on devices with more RAM and faster processors. Talking about the changes in this new update, Facebook Messenger v96 APK download does not come with a changelog. So we don’t know if it has got any new features or changes hidden within. The usual performance tweaks are always expected.

The latest Facebook Messenger update for Android is available in Google Play Store’s beta program. If you want to download the new beta update immediately, you can get it directly from APKmirror. If you find anything new in the update that we missed, do let us know in the comments below. 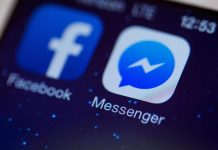