Anonymous has just announced to go on “total war” with Donald Trump on April Fool’s day. The hacking group plans to hamper the presidential campaign by launching a cyber attack against the candidate. 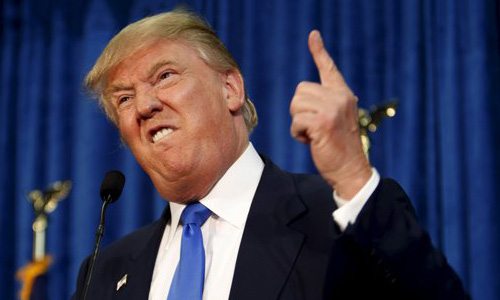 Trump has been targetted earlier too by Anonymous, but this time, they plan to be more severe with aims of hacking Trump’s various websites and reveal private information to the public.

In a new video (below), an Anonymous spokesperson made the announcement, referring stuff like Trump’s hate speeches and concerns of him being the president of United States. The Spokesperson further added that they have observed Trump for long and find him “deeply disturbing”. Due to this very reason, they are revamping against him.

Dear Donald Trump, we have been watching you for a long time and what we see is deeply disturbing. Your inconsistent and hateful campaign has not only shocked the United States of America [but] you have shocked the entire planet with your appalling actions and ideas. You say what your audience wants to hear but in reality you don’t stand for anything except for your personal greed and power.

The spokesperson in later parts of the video calls out hacktivists around the world who want to take part in taking down Donald Trump.

We need you to shut down his websites, to research and expose what he doesn’t want the public to know. We need to dismantle his campaign and sabotage his brand. We are encouraging every able person with a computer to participate in this operation. This is not a warning, this is a declaration of total war. Donald Trump – it is too late to expect us.

The hacking group separately posted a list of domains they plan to take down, including TrumpHoteCollection.com and DonaldJTrump.com. They also shared the list of website where Donald might hold personal data including his Social Security number and phone number.