Angelina Jolie, 41, had filed for divorce with Brad Pitt on the grounds of “irreconcilable differences”. She has also demanded sole physical custody of the kids with only visitation rights for Pitt. She is now living in a rented beachfront mansion in Malibu with Maddox (15), Pax (13), Zahara (11), Shiloh (10) and 8-year-old twins Vivienne and Knox.

According to recent reports, even though Jolie and Pitt filed for divorce this year, the couple actually split two years back. The report claims that they secretly agreed to separate after a heated argument in 2014 over Academy Awards. “She behaved so badly that night, trying to steal all the attention from him with her ridiculous leg”, an insider revealed to Radar Online.  The comment is about her infamous pose in her Oscar dress, showing off her “thigh-high split” special gown. “She was so awful to him and his Plan B team that he cut short his own celebration with the 12 Years A Slave co-stars. She wouldn’t let him enjoy the win for even a second” the insider source added. 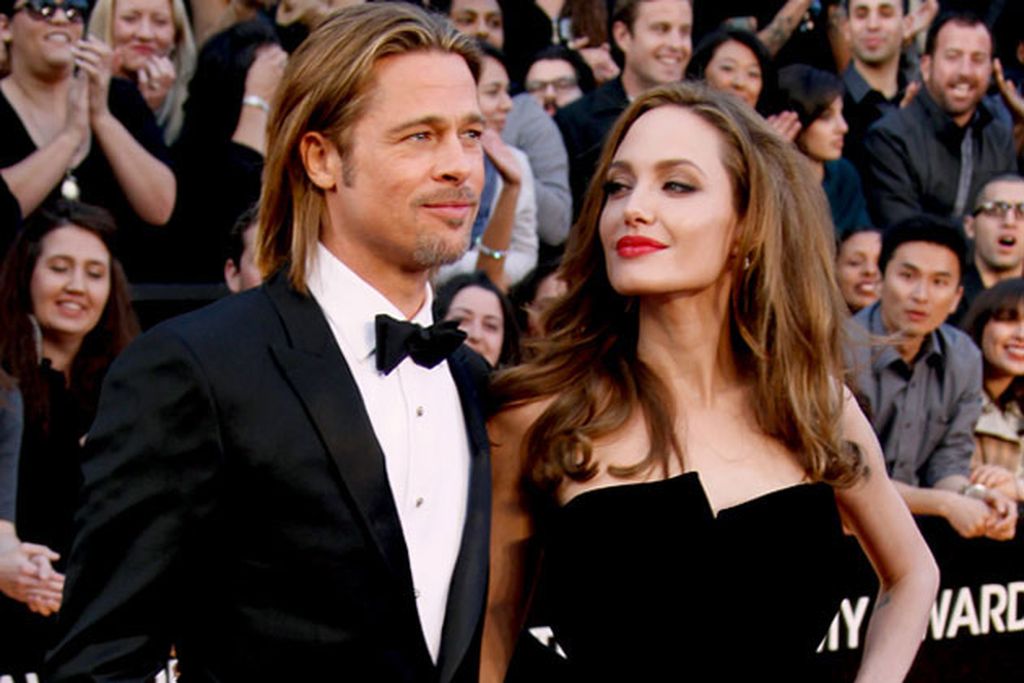 According to sources, the couple had a jealous argument the night of Academy Awards. Jolie’s bad behavior that night “marked months of her eye rolling and getting jealous and bored of Brad and Plan B dominating everything in the lead-up to the Oscars.” But somehow, the couple continued the relationship for two years, with the 2014 wedding only an attempt to patch up the differences.

Brad Pitt Can Visit Kids Only For Fours Hours This Christmas

As heartless as it may sound, Brad Pitt can only visit his kids for fours hours this Christmas. Jolie has agreed that Pitt can visit the kids to deliver the gifts in the morning and early afternoon. Looks like Pitt will have to put his acting skills to full use and face the kids with a happy, brave face and hide all the trauma he’s been going through post the divorce filing. Brad Pitt has been ordered to undergo anger management counselling and submit to random drug tests prior to agreed visits. “He bit his tongue and suffered through all of that in the hope Angelina would allow him more time with their kids. But he was really choked when he didn’t get to spend a single moment with them at Thanksgiving last month”, the source said.