Gerard Butler has had great success with the movie ‘Olympus Has Fallen’ that was released in 2013. Following the success of the first movie, the production company Millennium Films decided to come up with a sequel. So the next movie ‘London Has Fallen’ was released this year and was a commercial success. And if the latest news is to be believed, then there’s going to be a third film in the series.

The third movie in the series is apparently titled ‘Angel Has Fallen’. Reports say that Gerard Butler will revive his role as the lead protagonist Mike Banning. The third installment will be more challenging and thrilling with a different kind of twist than the previous movies. Gerard was seen in the previous two films protecting the American president, and it will surely be heart-pumping to see him do it again in the upcoming sequel. 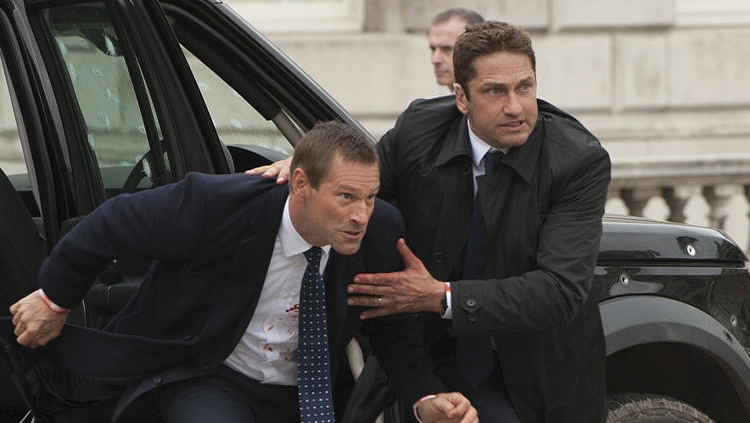 The production for “Angel Has Fallen”, the third of the ‘Fallen’ trilogy, will start early next year. reports suggest that this film will come with a new twist where Butler as Banning will be the initial target of the notorious terrorists who will plan to take him down before capturing half of Washington D.C. The new movie will surely be a thrilling ride for action fans! More hints can be drawn from the title of the third film. You see, ‘Angel’ is the codename for the American President’s plane, Air Force One. So we can guess that the movie will revolve around terrorists taking over the plane or trying to bring it down or something like that.

As for the President himself, Aaron Eckhart had played the role in the previous two films. Even though he hasn’t confirmed his part in the third film, we don’t see a reason why he wouldn’t take up the role that has made him quite popular as the modern U.S. President of Hollywood. Of course, it’s possible that the movie may get another President who may act as a successor to the President we saw in the last films.

Deadline reported that Millennium Films will make further announcements regarding ‘Angel Has Fallen’ in Santa Monica at the American Film Market next week. The successful franchise is surely looking at another box office hit, as the previous two films had brought in some serious money. ‘Olympus Has Fallen’ had earned $161 million, while ‘London Has Fallen’ raked in $205 million at the global box office.

The third movie will be produced by Butler, Alan Siegel, Matt O’Toole, John Thompson, and Mark Gil. Also, the writing duo Katrin Benedikt and Creighton Rothenberger, who wrote the first two films, will be back for the threequel.

So are you excited to hear about the third film in the ‘Fallen’ series? Comment below.