Nowadays, the internet is flooded with news about Android 6.0 Marshmallow updates, and we too are eager about receiving a surprise notification of Google’s latest OS version. Well, if not all, some of Android One users have already received this surprise, namely Micromax Canvas A1, Karbonn Sparkle V, and Spice Dream Uno. Neither Google nor OEM has announced the update officially but according to a new report, these devices have already started receiving the latest Android 6.0 Marshmallow update. 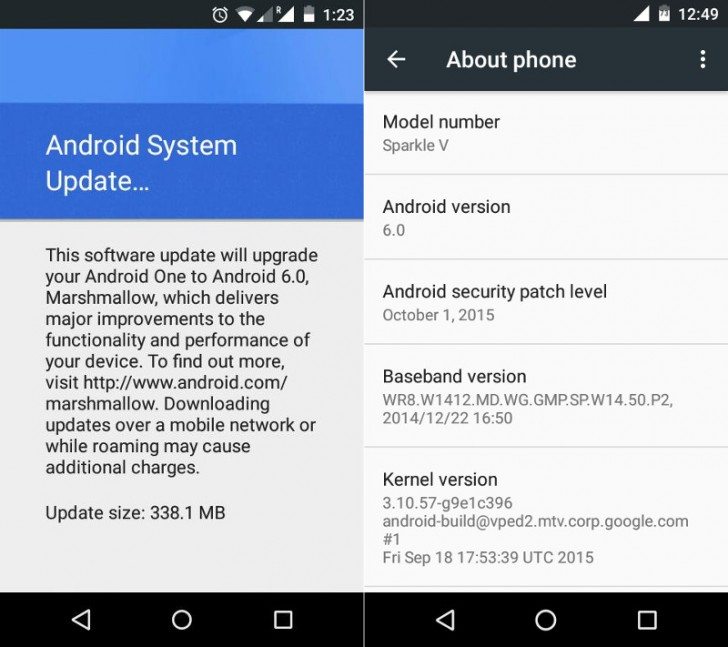 The upgrade has been spotted in India as of now, but being an owner of Android One smartphone, you need not worry for the location you are in, as these devices will get the latest software after it gets pushed into the Nexus devices.

The new operating system weighs 338MB and is being rolled out as an over-the-air update.

For those who are not aware, the Android 6.0 Marshmallow update for earlier Nexus devices started yesterday, while the new Nexus 6P and Nexus 5X comes with latest OS out-of-the-box.