Google started this Developer Preview iteration with the introduction of Android Lollipop. Back then, whoever want to try the Developer Preview on their device need to manually flash the factory image. However, with the Android N developer program, Google started a new Android Beta program which installs the update over-the-air (OTA), thus removing the hassle of flashing the factory image. At the moment, the devices which support Android N are Nexus 6P, Nexus 5X, Nexus 6, Nexus 9, Nexus Player, Pixel C, and some Sony Xperia devices.

Whenever Google releases a new version of Android for a particular location, it definitely takes some time to reach your device and the OEM’s are struggling a lot to bring the latest Android to their handsets. With the Android N, Google has changed the entire OS core components which help other vendors not wasting up time on touching those OS elements, which ultimately results in getting the software updates faster.

2. Notification Panel Gets a Revamp, Again 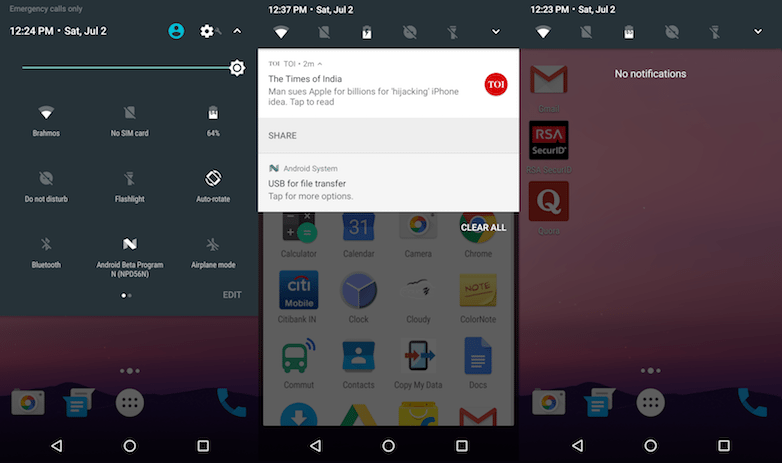 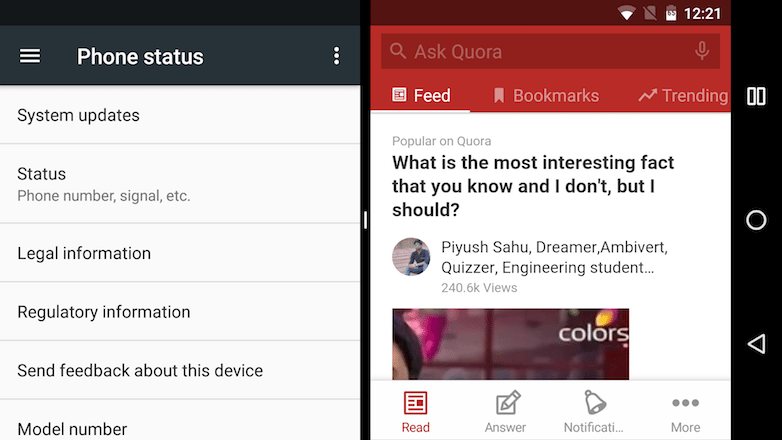 Google teased the multi-window mode in the early Developer Preview of Android Marshmallow, however, at that point of time, you need to enable it manually by heading over to developer settings. With the Android N, Google is trying to make this feature public. The multi-window mode is a feature which allows you to run two apps simultaneously. It is worth saying that the Samsung has this feature for ages and is one of the prominent features for the Galaxy Note series. And, more recently, LG implemented the same with the LG G4.

Doze mode is a battery-saving feature introduced with the Android Marshmallow to preserve battery life by shutting down all the services whenever the device goes to sleep mode. In Android N, Doze mode is further enhanced so that all the system processes and sync operations will be kept in hold state when the device enters sleep mode. Furthermore, the device won’t even search for Wi-Fi networks and locks the GPS too. Also, the Doze mode won’t work whenever the device is connected to the charger.

Following the footsteps of Apple, Google also introduced a Night mode in Android N. The Night mode basically applies a red filter to the device’ screen which results in reducing strain to your eyes in night times. Also, the Night mode offers you to use the system wide dark theme, adjust the tint, and adjust the brightness levels. However, the Night mode was present in the first Developer Preview of Android N, and we are not able to find the same in Developer Preview 4. That said, we believe that this feature might make a cut into the final build of Android N. 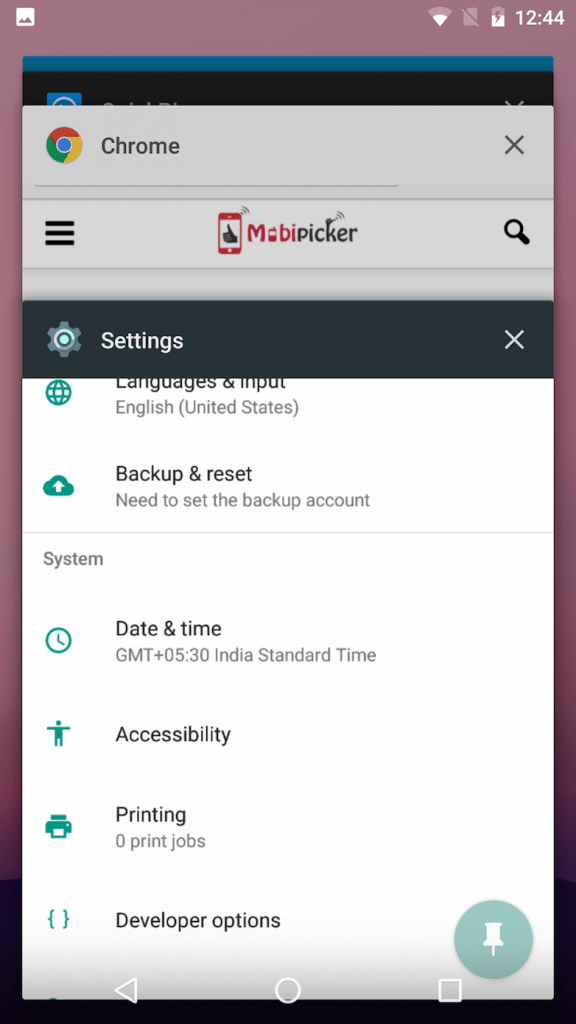 There is not much difference in terms of look and feel to the App Switcher screen when compared to Android Marshmallow. Android N retains the same stack based card switcher, but the cards, now are much bigger as shown in the image. But, there are several additions internally. By tapping on the Home Key, you will be able to get back to the previously used application and holding the app switcher key switches you between two recently used apps. The App Switcher key is the one which enables the Multi-Window mode by long pressing it.

7. Settings App Gets a New Look 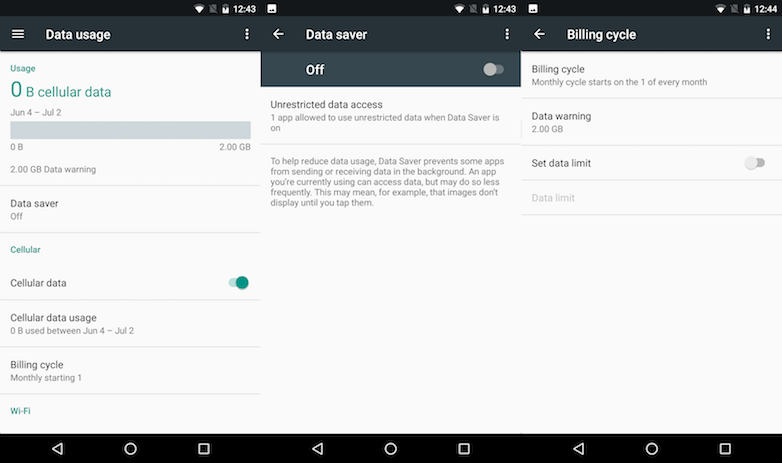 At first glance, the Settings app looks similar to that of Android Marshmallow and Android Lollipop. But has updated with a lot of changes. Each setting menu now has relevant information under it. For example, under the Wi-Fi menu, you can now see to which network your device is now connected and so on. The application now show up some suggestions on the top of the settings screen to make your device better.

Android has been famous for the three dot menu and stack of three lines menu which is widely used in the nascent stages of Android. Now, the stack of three lines menu which is often regarded as Hamburger menu makes a comeback to the Settings app. You can now jump to any section with the help of this menu. Suppose, if you are in Wi-Fi menu, you can quickly jump on to another menu by tapping on the three line menu present on the top left.

Previous iterations of Android allowed you to set the display text size between small, medium, and high. With Android N, you can customize the display according to Dots per Inch (DPI). However, this was a major feature with many custom ROMs, but Google approached it in a different manner to make it easier for people to understand. You can choose between default, small, medium, and high, which sets your screen DPI according to your choice. 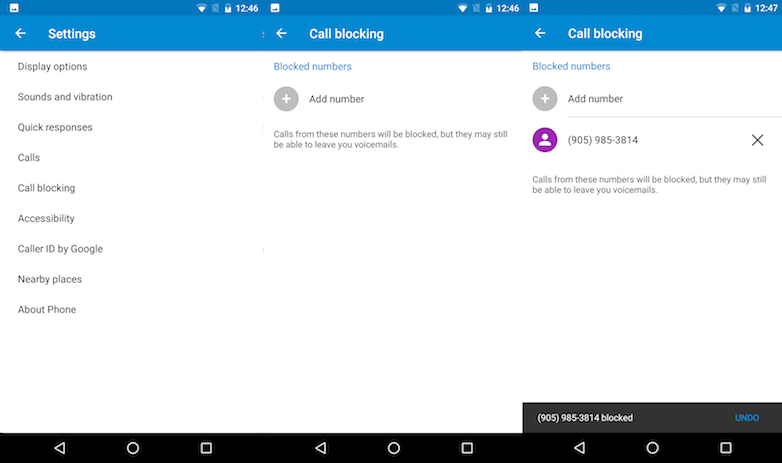 The dialer app also has some upgrades. You can now block a number which you wish to and Android prevents it to access from third-party apps as well. If you receive a call from that particular blocked number, you won’t receive an incoming call notification, instead, the Android system moves it to missed calls list. That said, the blocked number will be always with you even after you resetting the device because Google syncs it to your Google account.

That being said and done, these are the key features of Android N, till date. We have installed the Developer Preview 4 on a Nexus 5X and never faced a single issue apart from some System UI crashes at times. Overall, the interface is now smooth when compared to Developer Preview 1 and you can use it as your daily driver.

So, we now have the Android N name and the final Developer Preview with final API’s (Application Program Interface). As per Google, the final build of Android Nougat will be released sometime in fall along with two new HTC made Nexus devices, as per the recent reports. Meanwhile, let us know in comments about other features of Android N which we did not cover.