After months of public beta access, and a couple of developer updates, Google officially rolled out Android Nougat (v7.0) for Nexus 6, Nexus 5X, Nexus 6P, Nexus 9, Nexus Player and Pixel C, bringing a plethora of new features and a ton of updates and fixes. How’s the new Android Nougat better than Marshmallow? Find out here. 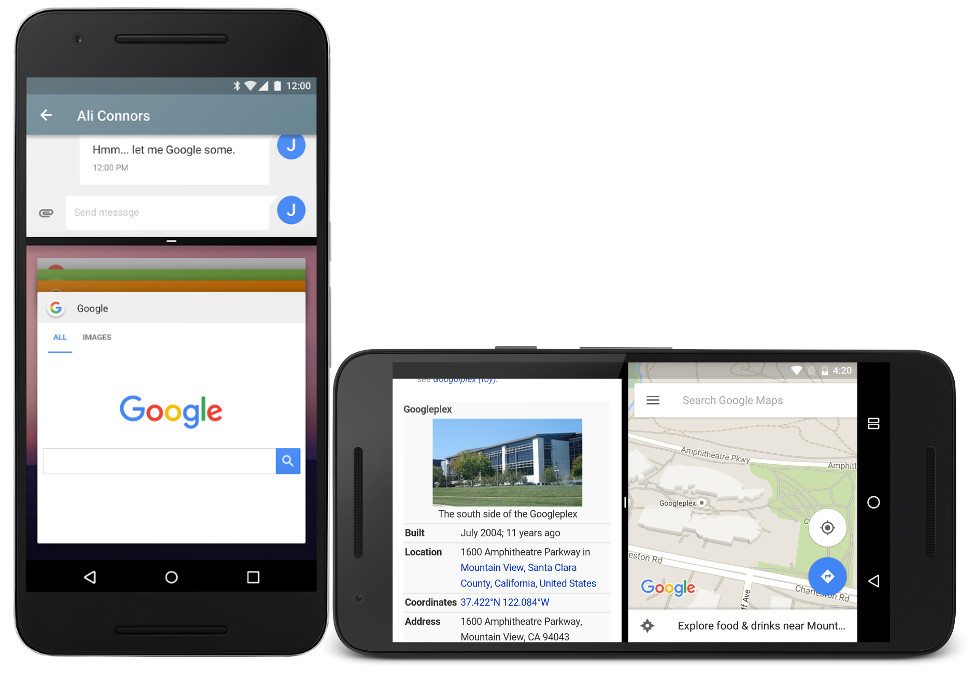 Android Nougat brings native multi-window support for the first time on Android. As with many previous features, this one also debuted on devices made by third-party manufacturers, and since Google saw that users loved it, the software giant decided it’s time for it to become a part of vanilla Android.

The feature will allow users to run two apps simultaneously one along another, but unlike with third-party solutions, native multi-window support should work with all apps, not just a couple chose ones. Oh, and the multi-window feature will work on both phones and tablets. 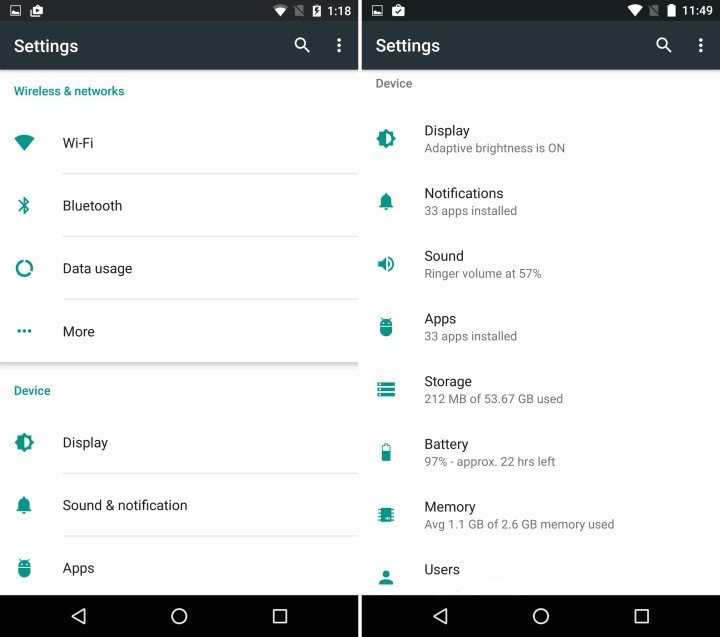 Settings menu in Android Nougat is much smarter than the one found in Marshmallow. For a start, you’ll see a suggestions tab at the top, reminding users about some important setups they have to make, similar to what Windows does.

Also, some handy details are shown on some tabs. For instance, you’ll be able to see on which Wi-Fi network your device is connected without entering the wireless settings. Or you’ll be able to see battery percentage and remaining time before hitting the charger without entering battery settings. A really handy feature that isn’t found in Marshmallow. 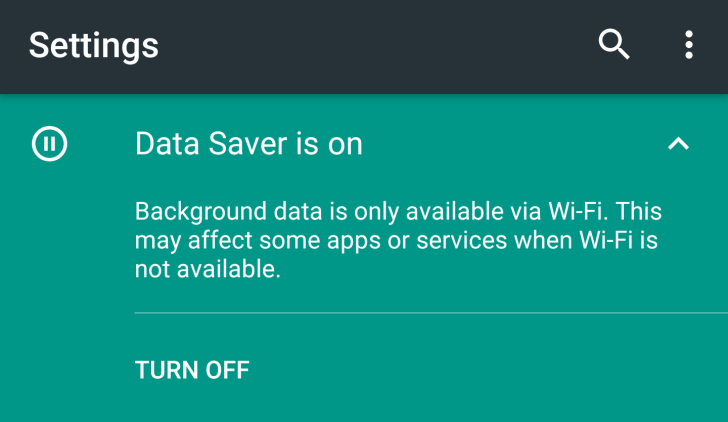 Before Android Nougat, data saver worked only if you passed your mobile data limit (and of course, only if you entered your data limit). In N, data saver will work at all times, actively limiting background data usage when on a cellular network, giving users a powerful new tool that could finally stop all those data-hungry apps that can suck your data in a matter of days.

Doze debuted on Marshmallow, bringing an active battery saving feature on vanilla Android (HTC, for instance, had this feature for a long time and we can say it worked, and still works, excellent). On Android Nougat Doze got refined, making battery life even better, up to 30 percent according to Google.

As your battery goes down, apps will start losing access to data, background processes will turn off, and Doze will work not only if the phone’s sitting idle on a table, but also if it’s in your pocket. Pretty handy.

Instead of downloading the update, rebooting, wait for the update to be installed, reboot again, wait for apps to optimize, reboot again, on Android N updates will install seamlessly without making your device unusable for dozens of minutes.

Nougat will bring seamless updates; this feature works by allowing updates to download in background (only if you allow it), and after they get downloaded system will notice the user that a new update will be installed during the next reboot. Very handy.

Some early Nougat screenshots made us believe Google is ditching app drawer and going the path of Apple and some other manufacturers (like Huawei and their drawerless Emotion UI). But instead, Google did something awesome, by making app drawer to launch by just swiping up when on home screen. You won’t find this on Marshmallow and we hope that all manufacturers using UIs without app drawer incorporate this since iOS is great at times, but their decision to put all apps on home screen is messy as hell.

OK, that’s about all. Another cool new feature coming with Nougat is called Instant Apps, but we won’t cover that one since it will be enabled on all Android versions, starting with Jelly Bean.

It seems Nougat is miles ahead of Marshmallow so it’s sad to see that many manufacturers still hold the updates in order for users to buy new devices. So, if wanting newest Android, stick with the Nexus line.