The company’s update schedule was leaked last month too, where the Lenovo K3 Note was listed for the update in the month of September 2016. But the latest roadmap reveals that the international variant of budget killer phablet Lenovo K3 Note will be first device to receive the update around March 2016, followed by the Chinese model of the Vibe P1 and Vibe X3 during the same month. 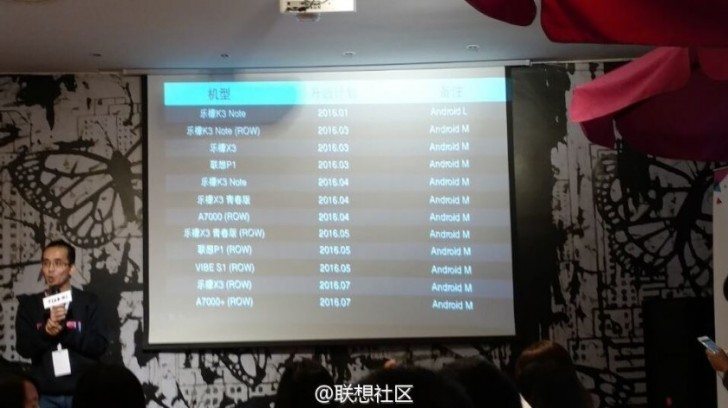 In the month of April and May 2016, the Chinese version of K3 Note as well as international model of Vibe S1, Vibe P1, and A7000 will get the update. Lastly, the international Vibe X3 and Lenovo A7000 Plus will be updated with Android Marshmallow in the month of July 2016.

It is worth mentioning that Lenovo has not announced the update schedule officially, so don’t take the news as completely valid. Hopefully, we will have official words early next year. Stay tuned.