On June 1, we have explained the features of Android M wherein have talked about App Stand By and Doze features which are expected to increase your smartphone battery life. As a recapture, When an Android phone is inactive for longer duration, it goes into Doze mode which increases the standby time to double of what we gets in Android Lollipop or earlier versions. When the mode is disabled by picking up the phone, it syncs and open tasks which were put on rest.

The Android M App standby is enabled when the phone is unplugged and this puts all apps to inactive mode thereby stopping them to receive any network communication and sync between the jobs. When the phone is plugged in, all the apps thus became active and connect to network.

The standby time was increased to 533 hours on Nexus 5 which was just 200 hours with Android 5.1.1 making it 2.7 times better. With this innovative features of Doze and Stand By feature more such revelations are expected in future. 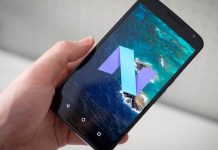