The latest Android Marshmallow operating system was released last year and brought in some very exciting new features. Apart from the fresh UI and app permissions, we got the new Doze feature that improves battery life vastly and gives you that extra bit of juice to help you until you get time to charge the phone.

What is Doze in Android Marshmallow?

Just like its name suggests, Doze is a feature in Android Marshmallow that lets you put your phone into a nap or deep sleep mode when you are not using it. It’s true that we have seen the companies putting such features in their smartphones and most of the times it doesn’t even work. But things are different with Android Doze, as this feature makes changes in the system and stops your device from eating battery when it’s idle.

How Does Android Doze Work?

If you haven’t used an Android Marshmallow device, you will be surprised to know that there are no switches or settings for turning on the Doze feature. It is basically a mode or a system habit that comes into effect when it needs to.

Don’t worry, it’s not going to put the phone to sleep while you need it; it’s really that smart. The Doze feature does not turn on when you are at work or if the phone is in your pocket. It only works when your device is really idle.

So when the phone in such a condition when it’s idle for a while, like when you have kept it on your side table and have gone to sleep, the phone itself will enter the Doze mode. It will go to sleep. All the processes will be killed, including notifications from apps. Only the high-priority functions like SMS or calls will be allowed to bring back the phone from the Doze mode. However, the Doze mode has an “Idle maintenance window” during which any notifications if available are picked up in one batch, and then the phone goes back to sleep again.

And in case you are wondering, yes, Doze does help improve the standby battery life. It won’t help when you are using your phone. Also, if the network is poor, Doze won’t work as the phone will try to latch onto the better signal. But all said and done, Doze at least does something to save your battery while your phone is sitting idle.

Have you experienced Doze yet? 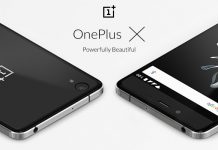