Since Google has already announced the launch of Android Marshmallow 6.0, the thing of curiosity now lies in the devices which would be getting the upgrade. Apart from the new Nexus phones, we have come through the details of new OS update for HTC, Motorola, and the LG smartphones. It is a common notion that all flagship phones receive the update first. But a recent popup has revealed all the handsets which are expected to get the update in the coming months. 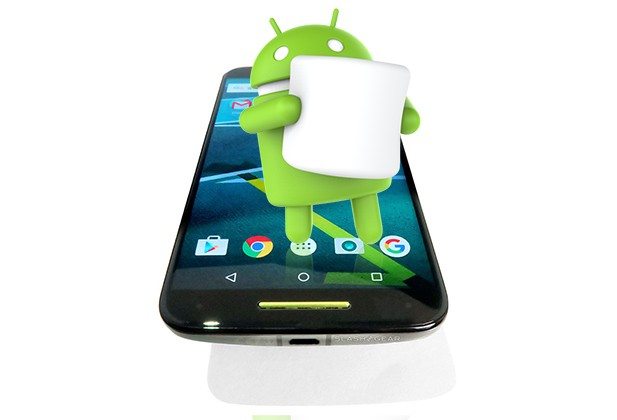 To begin first, the confirmation given by HTC USA on its models which would be the first in line for the up gradation. That would include HTC One M8, M9, M9 Plus, E9, E9 Plus and One E8. The company said that it would launch the roll-out with its flagship devices M9 and M8 before the end of 2015. The mid-range series phones as in HTC Desire Eye and 820 series are also expected to be upgraded to the new version.

Next in line comes Samsung which mentions that all of its 2015 models are expected to get the upgrade. The devices leading the line include, Galaxy Note 5, S6 Edge +, S6 and S6 Edge, Note 4, Alpha, A8, A7 and S5. Even he lower models as in A5; A3 and E series shall also get the upgrade.

As per the images displayed, OnePlus One and OnePlus 2 shall move to Android 6.0 via the new OxygenOS (international) and HydrogenOS (domestic) versions. As we proceed, Huawei mentions Ascend P8, Mate 7, Honor 6 Plus and some more devices which will allegedly get the new OS. What stays as a mystery is the ‘more’ in Honor 7.

The Chinese topshot Xiaomi will get the Android 6.0 upgrade through a new version of MIUI. As per the leak, Xiaomi Mi4, Mi 4i, Mi Note Series, Redmi Note 2 and Redmi 2 are the beginners followed by Redmi Note 4G model and 1s which are also expected to join the caravan. 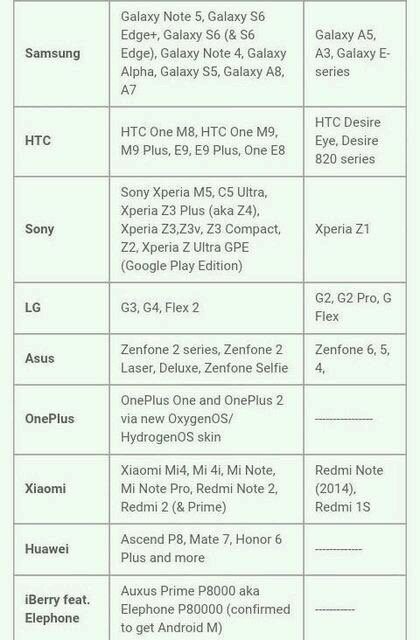 One can get a lot of information from the image above (via GizmoChina citing source as mydrivers) and check if your device is listed up there. Though the information is not official, we just need to wait till we get an official confirmation from the respective manufacturers.