AMD confirmed late last week that it intends to launch Zen-based CPUs in early 2017. Summit Ridge, the new product lineup for desktops flagshipped by an eight-core, sixteen thread CPU will hit the store shelves first, followed by the server variant of Zen in Q2.

If you remember, the US-based chip maker presented an engineering demonstration of the eight core CPU just a couple of months back in an effort to project its counterweight to Intel’s i7 6900K processor. 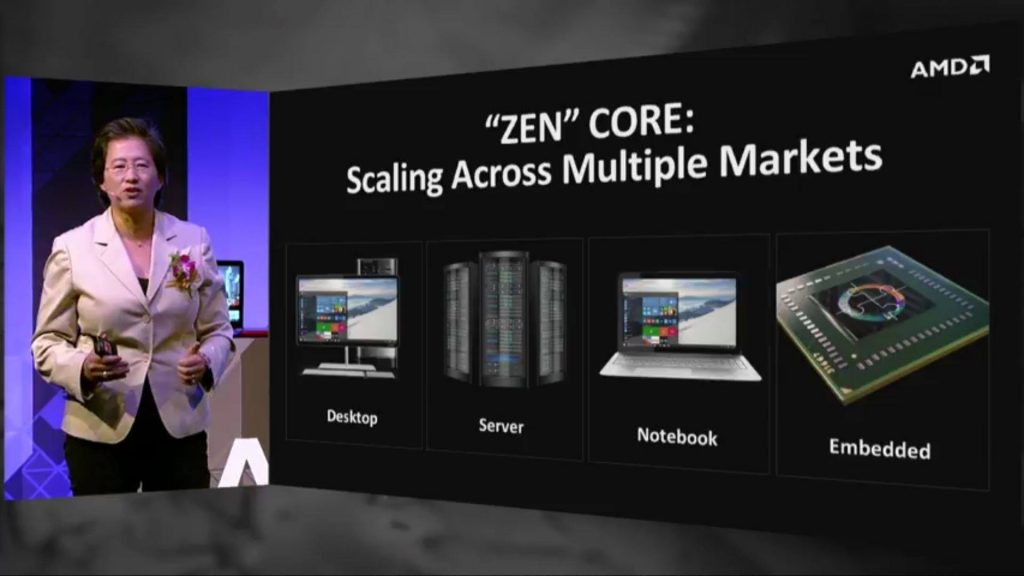 AMD President and CEO, Dr. Lisa Su, stated that the company was anticipating higher than seasonal sales in Q1 2017. The bulk of the boost in project sales is to be fueled by Zen’s competitive performance in the enthusiast-class desktop CPU market. That’s the sect of the market AMD has not been competing in for more than half-a-decade now.

“You know, I would expect that there will be a relatively good initial demand for Summit Ridge that may be you know, not quite at the seasonal patterns. From where we see, Summit Ridge is playing in a space in the high-end desktop that we currently aren’t offering a product. So we believe we’ll be competitive certainly with Core I5 as well as Core I7 and we will be launching in those areas,” the AMD CEO said in response to a question by Chris Hemmelgarn of Barclays.

If all goes well, Summit Ridge Zen CPUs will probably make their debut at next year’s Consumer Electronics Show (CES 2017) in January. The retail availability of Summit Ridge products and X370 motherboards are expected to commence by Feb.