MobiPicker
News Games AMD Teases External GPU Solution To Enable 4K Gaming In UltraThin Notebooks
Share on Facebook
Tweet on Twitter
Deal Alert: 49% Off on ExpressVPN
Touted as #1 VPN in the world, ExpressVPN is now offering 49% off & an additional 3-months of service on its annual plans.

As laptops continue to take the computing world by storm, designers of high performance graphic cards lose their clientele somewhat rapidly as users prefer portability to performance more and more. Taking this into account, AMD (via Robert Hallock) teases an external graphic card that will allow the gaming world to transform ultra-portable laptops and two in one tablets into highly compatible gaming giants. 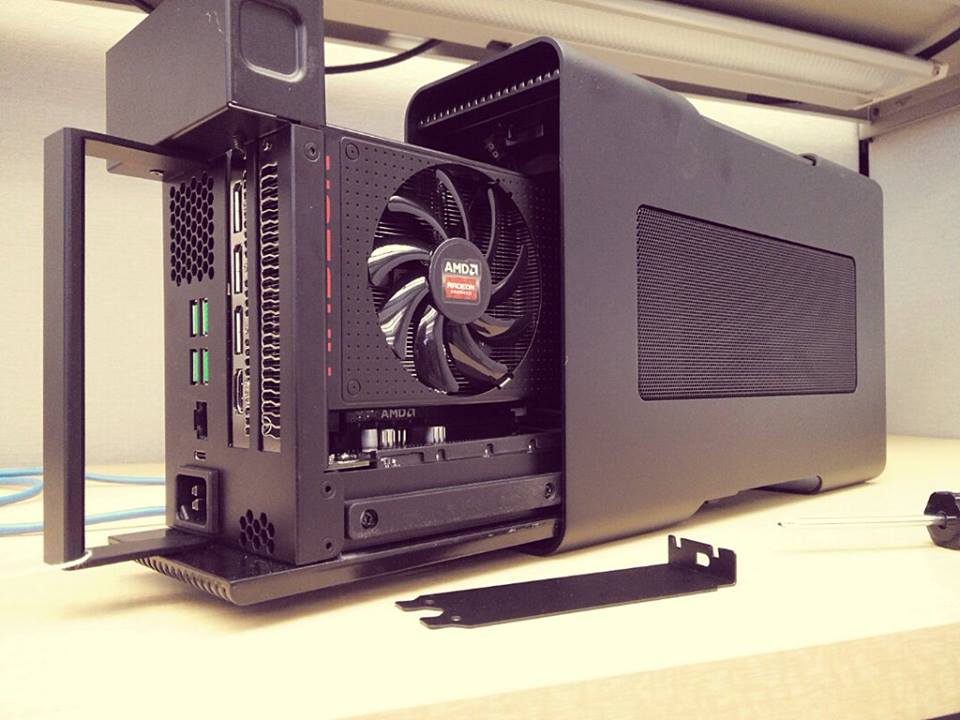 The graphic cards can be connected to a laptop using a simple plug and play interface that will greatly improve the performance of an otherwise puny device into being capable of playing highly graphics intensive games. Until now, gaming notebooks have always been a bargain between the portability, weight, and simplicity of the machine to the power and effectiveness. Gamers who are frequent travelers often face a problem of this nature. An external GPU might be the solution that everyone is looking for and there is a huge market for such devices.

One problem with external GPUs that still exists is that the devices are in great need of standardization of ports. Because each GPU manufacturer uses its own specific port, often the case is that with MSI and other similar dock manufacturers, you are stuck with a single company of graphic cards for the entire duration of use of your expensive gaming laptop. If the ports were to be standardized, no such problems would exist.

The fact that the external GPU manufactured by AMD does not require a dock and can simply be plugged into the desktop or laptop of your choice implies that when you want an upgrade, you can simply buy a new one and use it instead of having to get a new PC along with it.