Recently, a tweet posted by AMD’s Roy Taylor has roused a lot of attention and enthusiasm from fans, owing to the company’s teasing of VR ready compact PCS that have up to 12 teraflops of computing crammed inside a small box known as a “Tiki” model that might be out for grabs soon! 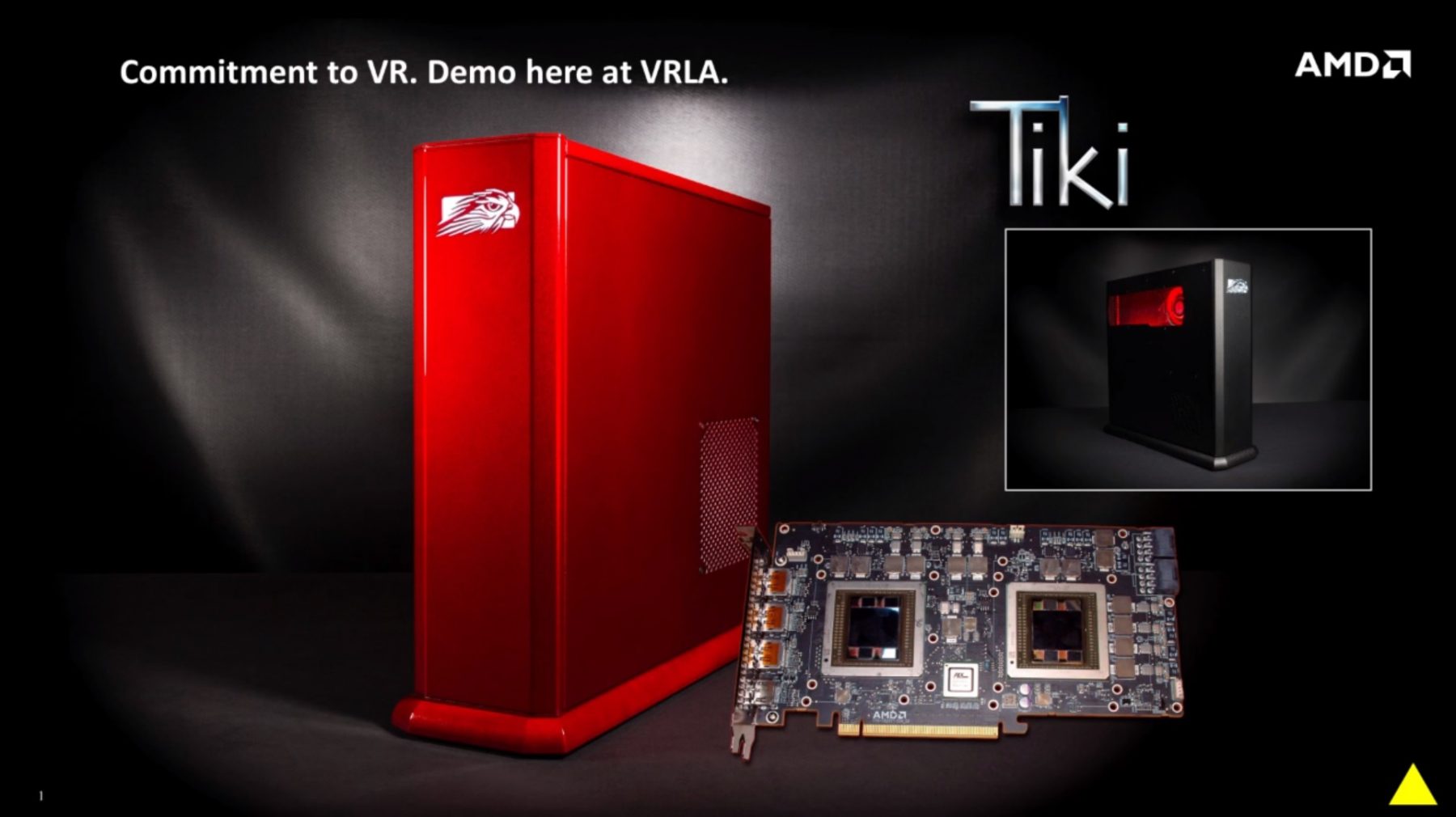 AMD not only teased the device but also released a picture of a number of said devices (See below) that have clearly gone past the development phase. We can see that the devices are Raedon powered, and this has set up speculation regarding the make of the GPUs that build up the device. The Tiki systems are supposed to be nine times faster than the Xbox One and PS4, and about double that of the NVIDIA GTX Titan X, thanks to their densely packed FETs. 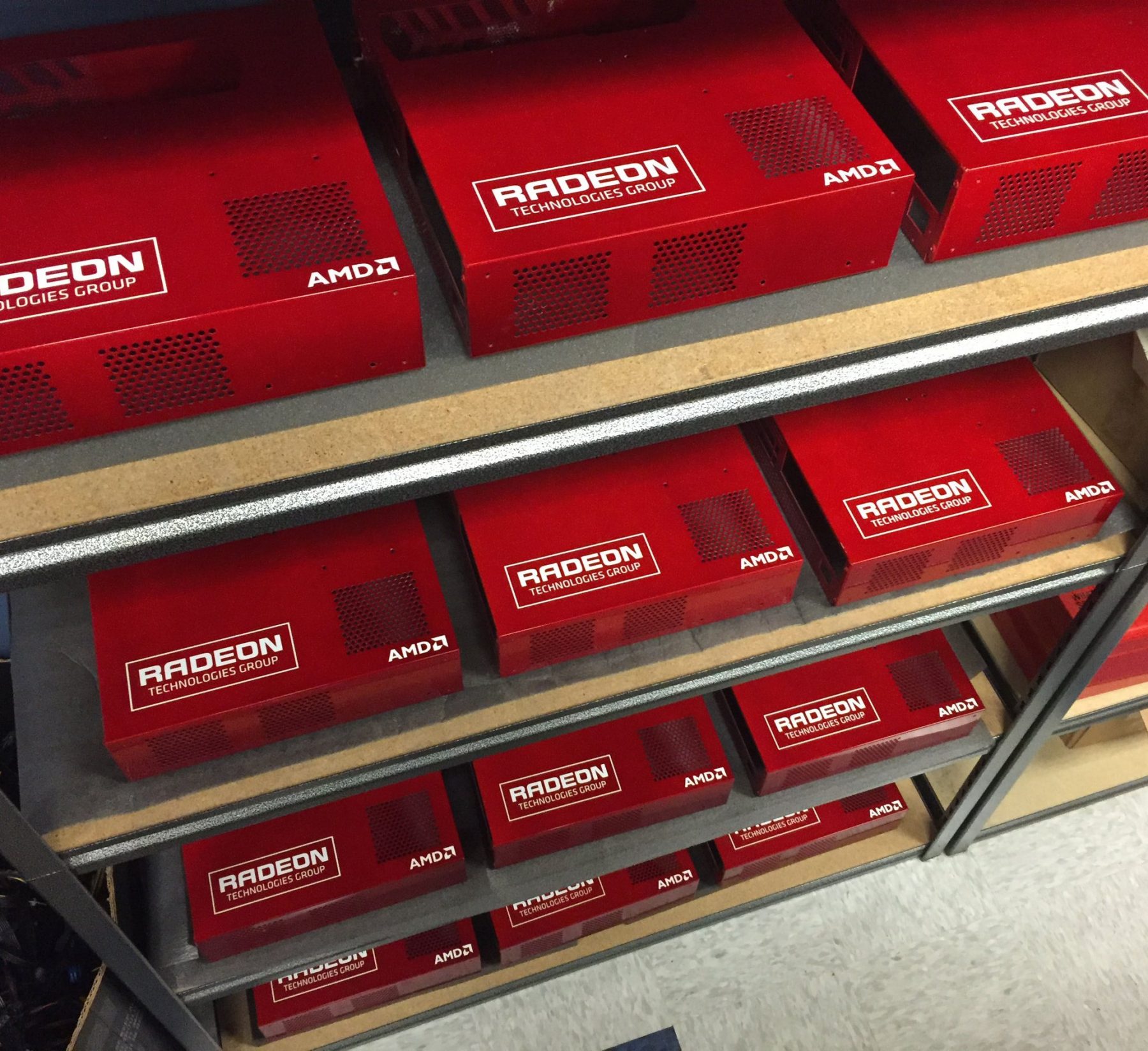 The architecture of the GPUs is Dual Fiji powered, and we know already that a single unit of the Dual Fiji powered Raedon Fury X2 packs up to 8 TeraFLOPs of processing. While this roused suspicion that the units might have two such units installed having the dense packing of terflops, AMD confirmed that the high packing is thanks to AMD’s Fiji powered High Bandwidth Memory that it has invented with SK Hynix, in which vertically stacking dies leads to chips that are smaller than the GDDR5 that is normally foud in graphic cards.

The closer proximity of the HBM to the graphics processor leads to wider memory interfaces and this further facilitates the close packing of teraflops.