AMD earlier this week demonstrated the gaming prowess of a forthcoming enthusiast-class Radeon graphics card powered by the next-generation Vega GPU. The demonstration included a one-on-one performance standoff with an overclocked NVIDIA GeForce GTX 1080. By the end of the showdown, the point had been made that the equally specced Vega-powered system was more powerful than the NVIDIA counterpart.

The event saw AMD showcasing two different systems, both flaunting graphics cards based on the next-generation Vega GPU. One of these carried a Radeon Instinct MI25 graphics accelerator featuring 16GB of HBM2, second-gen high bandwidth memory. AMD used this system to flaunt the deep learning capabilities of Vega which, by the way, is indeed impressive.

Worth noting, the MI25 seamlessly outperformed the NVIDIA GP100 GPU powered by the Tesla P100 accelerator in two AI tasks. 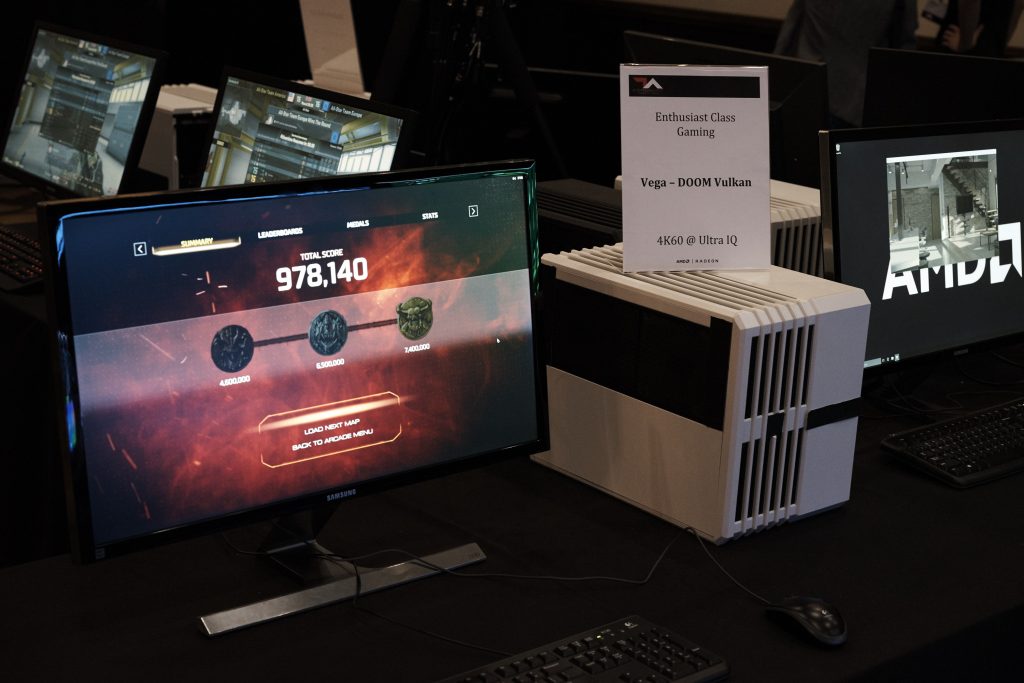 Meanwhile, the second system carried the consumer variant of Vega and it came equipped with 8GB of HBM2. Unlike with the MI25, AMD seemed a bit reluctant to divulge too much information about the consumer card. Even the media folks attending the Dec 12 event didn’t get a sneak peek into the physical product.

As for the demo, AMD conducted it using a regular Fiji ( Radeon R9 Fury X, Fury and Nano ) driver, albeit with added layers for debugging. Simply put, no Vega optimized driver was used throughout the event and despite that the consumer variant of the newly introduced card could outperform a GTX 1080 operating at 10% overclocked speed (1.91 GHz).

With the addition of Vega optimized drivers and adequate cooling, it is extremely likely that the new card will be able to fare even better by the time it is ready for the commercial launch.