If you have been following Ryzen Threadripper for some time then you must be knowing that the new flagship lineup from AMD is currently under testing and will be made official soon. The Threadripper 1950X is expected to be the top end processor in the series and it has already leaked once last month and this is its second appearance on the online database. 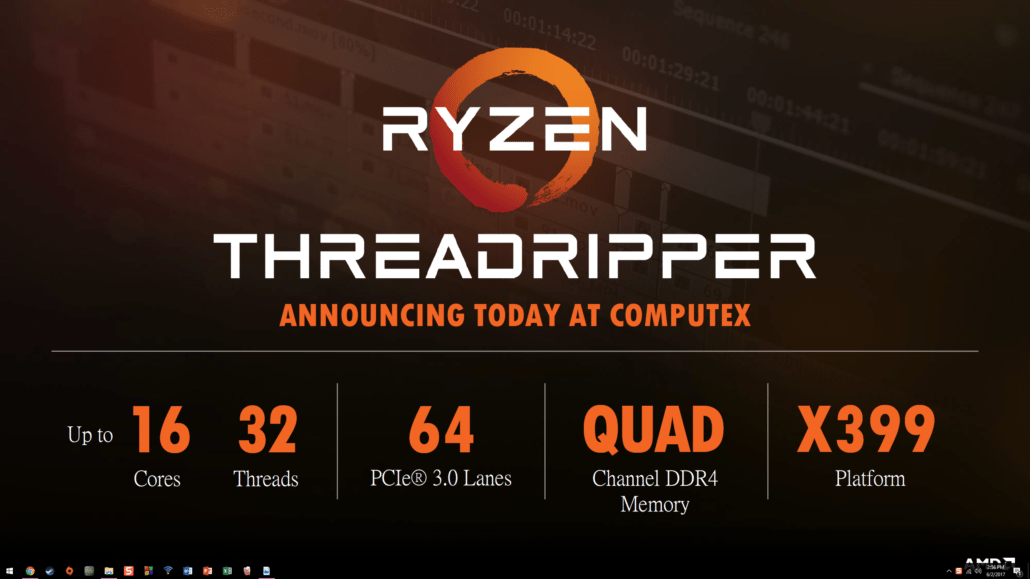 The listing has been spotted by Wccftech which provides a lot of details about the processor and also compared its results with the Intel processors. The report mentions that the results posted at SiSoftware and Geekbench databases have been sourced from AMD’s internal test departments as well as Asus. A similar listing had leaked last month and some of the scores seem to have grown this time, while the other fell.

Intel Core-X series is without a doubt the best consumer grade processor lineup ever made by Intel. As Wccftech reads, the Intel HEDT offering would be great to put against the AMD HEDT processor. The Intel Core i9-7900X scores around 5000 points in single-core performance and around 32000 points in multi-core performance.

The stark difference may be because of the lack of optimisations done for the Ryzen Threadripper processors. If the rumours are to be believed, AMD will be revealing the Threadripper lineup this July, or in August, itself, so the company doesn’t have much time left to match the performance of its 16-core processor to an Intel 10-core processor.

With these details in hand, the pricing can only be the USP for AMD Ryzen Threadripper processor if the company wants to stand against the Intel Core-X processors. Also, we will have to wait for the official launch to confirm the performance details of the AMD offering before coming to any conclusion.