AMD’s spectacular comeback in the high-end desktop CPU market with the launch of Ryzen chips has earned widespread acclaim from users and analysts alike. The chips are unarguably among the best performers in the market in terms of multi-threaded performance per dollar value. However, it’s obvious that for a lot of folks out there who are probably considering switching to Ryzen 7, nothing really matters nearly as much as gaming performance does.

So, how good Ryzen chips really are when it comes to gaming performance?

Well, as far as the initial test results are concerned, Ryzen 7 eight-core parts fares better in many games with simultaneous multi-threading disabled. It may remind you of those annoying Windows scheduling issues in the past, and probably will be fixed by a future a patch. Meanwhile, you can manually disable the SMT on a case by case basis as a temporary fix.

In any case, here is a compilation of a few gaming benchmarks that will probably help you gain a fair amount of insight regarding the Ryzen 7’s performance: 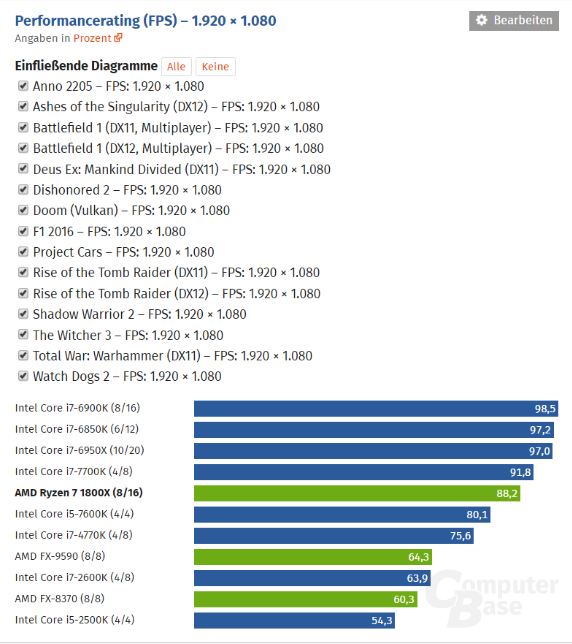