So, here we are — barely a couple of weeks remain till AMD officially rolls out its much-anticipated Ryzen CPU. Up until now, we didn’t have any visual confirmation regarding the final design of the next-generation AMD lineup. However, that has changed now as the folks over at VideoCardz.com have managed to access the first proper Ryzen pictures. 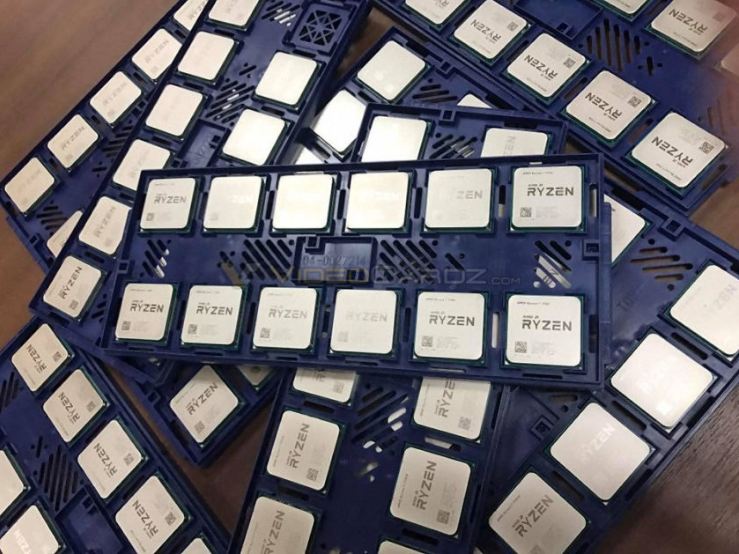 As you will see in the images below, AMD seems to have clung to the (already familiar) Ryzen logo and branding for the final product. Most of the chips depicted in the images seem to be final ready-to-ship products.

Meanwhile, pictures showing the backside of the chips along with all its pins are also available online. Since the chips come with 1331 PGA socket, you are basically looking at a theoretical 1331 pins in the image. Although, it is possible that certain motherboard vendors may make changes to the existing arrangement by adding or reducing a few pin sockets to boost the “overclockability” — especially with some models of custom boards.

Worth noting, PGA form-factors tend to be more reliable than LGA packaging, which means the motherboard sockets in question will be better protected compared to Intel’s LGA-based motherboards.

The pictures above essentially implies that AMD is prepping for a full-fledged launch to mark a grand comeback to the scene. As you already know, Ryzen chips will be priced rather aggressively compared to their Intel equivalents.

The price-to-performance ratio, as we have been discussing for several weeks now, should be a lot higher than that of many Intel products. A typical example of this is our yesterday’s analysis showing how the Ryzen 7 1800X comprehensively beat Intel’s $1090 eight-core CPU in recent benchmarks.

Anyway, what’s your take on the Ryzen lineup? Do you think they are being slightly over-hyped or you agree that with Ryzen, AMD actually has a fair shot at eventually outshining Intel?