As AMD gears up to launch Threadripper sometime this summer, Ryzen 7 lineup is being made more attractive to consumers. AMD is now offering a massive discount of up to 23% on Ryzen 7 1800X, 1700X and 1700 processors. Amazon is listing the new lineup for $455, $349 and $299 respectively.

eBay is offering 1800X for a price lesser than Amazon’s – at just $429. 1700X is being offered for as low as $309, a 23% discount compared to the original MSRP of $399. AMD has always had an advantage over Intel when it comes to pricing, but things have never turned in favor of AMD all these days. Now that AMD has invested massively in improving power efficiency and performance of its chips, it looks like Intel will have a tough time. 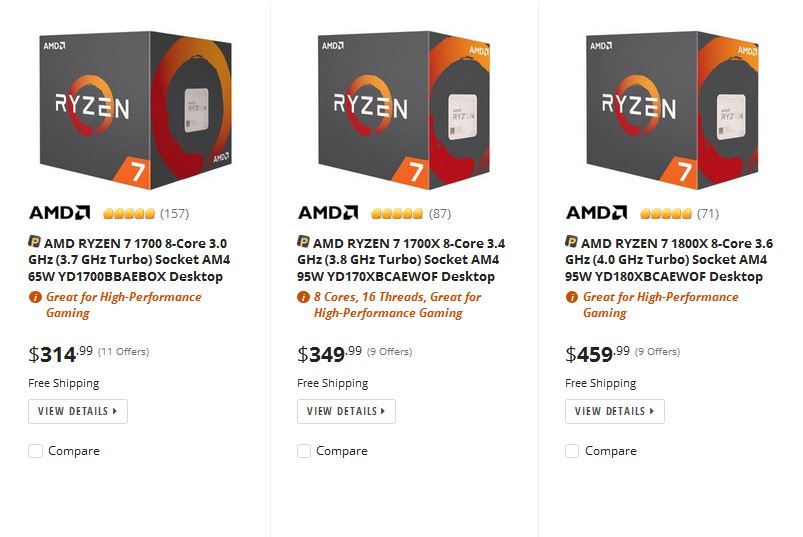 Threadripper is expected to see a huge positive response and AMD’s strategy of pricing it lesser than Intel’s latest and greatest offerings is sure to give AMD an extra edge.