AMD officially launched its much-anticipated Ryzen CPUs yesterday at the Grand Hyatt hotel in San Francisco, and on the same day came the news that the new lineup’s 7-series flagship shattered all previous records by scoring 2449 on Cinebench R15.

The chip that made this new record is the Ryzen 7 1800X. The rather impressive feat by the 1800X was revealed via a video posted by YouTuber Austin Evans which has since been removed. Luckily for us, another YouTuber managed to capture a few shots from the video which then he reuploaded, allowing us a sneak peek. 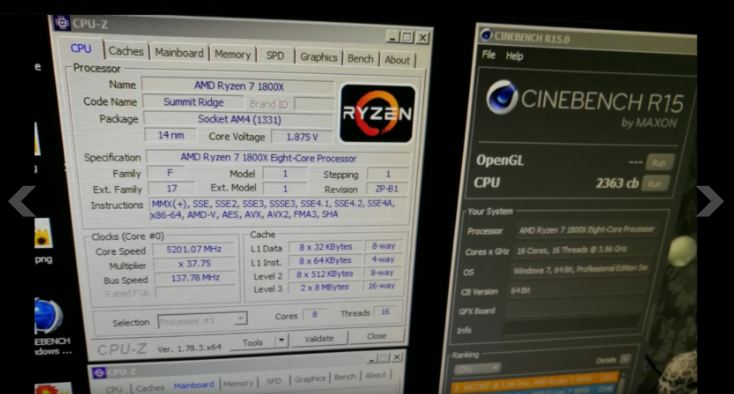 The 1800X’s record run was conducted by a team of overclockers who put the chip through a Cinebench R15. The voltage was cranked all the way up to an insane 1.875V as the chip was being cooled to -200-degree Celsius with LN2. 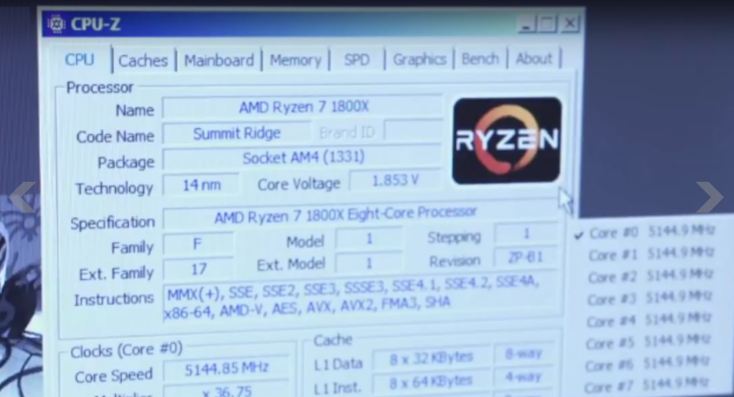 This setup made it possible for the team to make the 1800X reach the peak overclocking performance of 5.2 GHz across all eight cores.

At the said speeds, the chip pulled off a Cinebench score of 2449 points in the multi-thread tests. The previous world-record for the same was 2410 points.

Ryzen 7 series processors will be commercially available starting March 2, 2017. The Ryzen 7 1800X, the top-of-the-shelf card in the series comes equipped with a base clock of 3.6 GHz and a boost clock of 4.0 GHz. Previous benchmarks had shown the Ryzen 7 1800X, priced at $499, outperforming the $1000+ eight-core CPUs by huge margins. (detailed price and specs of Ryze 7 lineup are listed below).