According to a report by Videocardz, AMD is working on a new Ryzen 12 core/24 threaded processor. The report adds to the rumor of a higher-end workstation for AMD’s Zen architecture and promises a major upgrade for performance lovers. 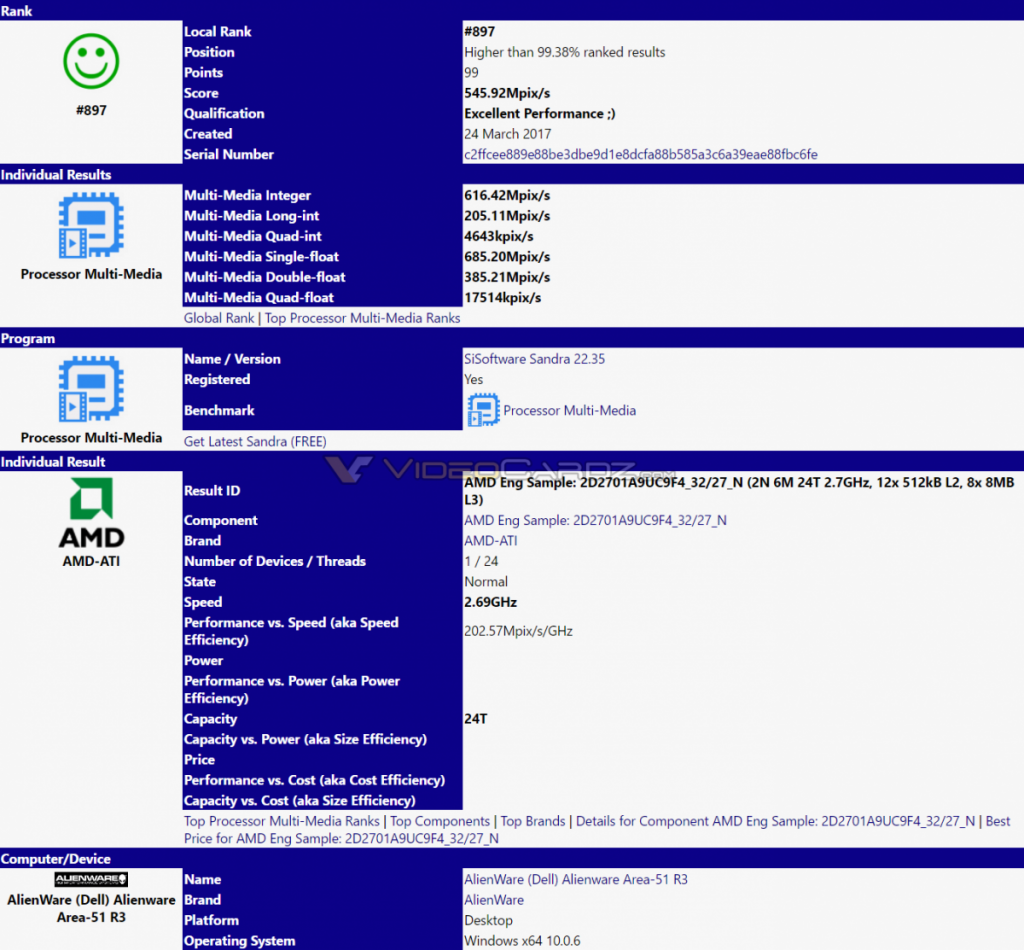 Spotted in the new Alienware Area 51-R3 PC, the 12-core/24 thread chipset comes with a new socket with a base clock speed of 2.7GHz and Turbo boost up to 3.2GHz. This makes it the tweaked version of premium AMD Ryzen with 8-core and 16-threads which will compete directly with the rumored X390/X399 chipset.

The new processor goes under the name 2D2701A9UC9F4_32/27_N. According to Guru3D, the sampling entails that AMD Ryzen with 12 cores and 24 threads appears in quality First Generation and Second Generation Z for Desktop/Server. Thus, the appearance of this processor competes with AMD Ryzen’s core options that include 32, 16, 8, 6 and 4 core processors.

If all this is true, AMD might soon bring some serious competition for Intel’s X99 and X299 series. However, AMD still has to deal with a more serious problem in its CPUs, specifically the low latency of its L3 caches in each CCX. This heavily affects performance every time a thread migrates to a different core.

However, as there are no confirmations yet, the report has to be taken with a grain of salt. AMD Ryzen loyalists have been waiting for a major update, and this leak clearly indicates that the company is moving right towards it.