Yesterday we shared with you what seemed like the reference design of the Radeon RX Vega graphics card. Originally leaked out via Chiphell, the images were probably screenshots published taken off a teaser video showing off the RX Vega.

In case the video is indeed official, which it may very well be, then chances are the picture was taken by someone from AMD’s marketing team only. 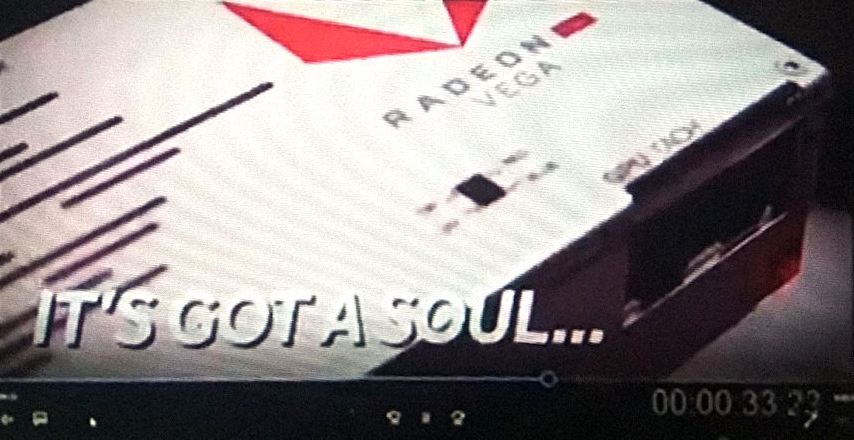 The teaser video is likely to be publicly released very soon — presumably sometime next week or the week after as there’s hardly any point keeping it secret anymore.

Based on what we know so far, the video where the screengrabs were taken from is flaunting a limited edition of Radeon RX Vega. Although, we can’t tell for sure what “limited edition” actually means. It could be even a model that will ship only to reviewers.

Amidst all these sketchy information, one thing is confirmed, though — the card teased is not going to come with a black and white design. Instead, it will boast a silver, brushed metallic design. Judging by the packaging, the product inside seems to be a high-end one.

Also, one of the leaked images displays a huge portion of the backplate featuring various stripe-shaped perforations. The Radeon logo is illuminated by LEDs and there might be a BIOS switch just above it.

A second image displays parts of the power connectors, as well as a new “R” logo towards the bottom-right corner.

Note that these are all just speculations as of now — however informed. We hope AMD releases the actual video real soon.