For staying relevant in the market, AMD is trying hard with its processor and graphics card lineup. Ryzen processors and RX 500 series graphics card created a lot of buzz earlier this year, but Vega architecture still remains to be the most anticipated product from the company. While RX Vega is expected to launch this quarter itself, we have got the packaging of the graphics card leaked in images. 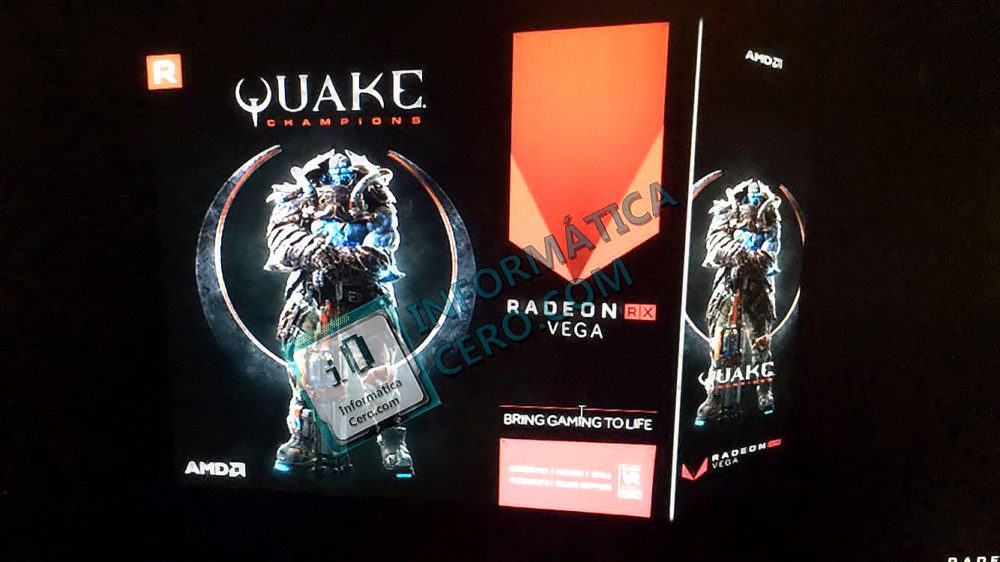 Videocardz got hold of the images which show the packaging of AMD Radeon RX Vega. There is nothing much that this packaging reveals besides what we have already seen on the Radeon RX 500 series cards.

That includes DirectX 12, Vulkan, Radeon Chill, Freesync 2 and support for Radeon Relive. When it comes to marketing taglines, the box mentions ‘AMD Radeon RX Vega’ and ‘Bring Gaming To life”.

Interestingly, there is a large image of Quake Champions, which is a first-person shooter game. This probably means that the game will come bundled with the card in a promotional packaging as visible in the leaked image.

The standard models are expected to ship with the pictured packaging, while the other limited and higher end priced variants would come in a better packaging and will ship directly from AMD.

AMD Radeon RX Vega is a high-performance graphics card for PCs that will come powered by AMD’s Vega 10 graphics card which the company has developed after years of research. The die size of the chip is over 500 sq. mm based on early calculations.

It is expected to feature two HBM2 stacks with up to 8GB of VRAM. AMD had earlier demonstrated the graphics card prowess using DOOM and Star Wars: Battlefront and it featured 8GB of VRAM. But, AMD has confirmed that it will allow the partners to ship Vega based cards with more memory configurations.