The next two days are crucial for AMD as it would be unveiling the Vega cards after a long wait. But the leaks of these cards aren’t ready to die just yet. An AMD Vega card made an appearance on CompuBench just a couple of days before its launch. 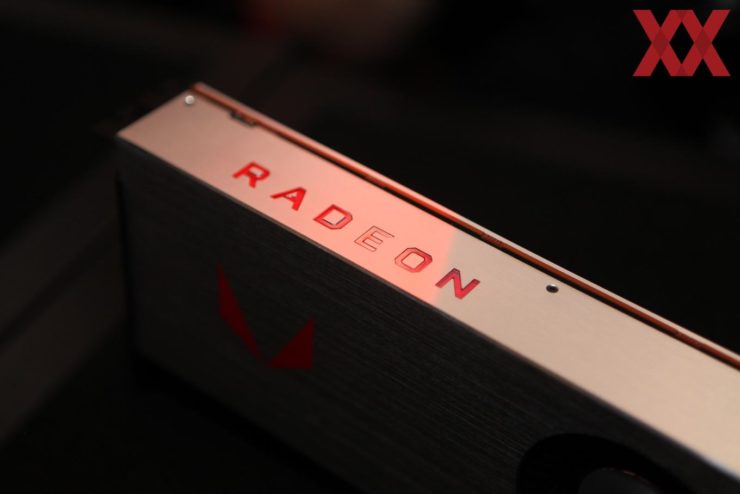 You can see the listing on the CompuBench website where it has also been compared to the Nvidia GeForce GTX 1080. Of all the tests performed on the AMD Vega, just a few were only available for the Nvidia card, limiting the comparison by a lot. And the heads that have the test results listed for both cards don’t seem to give a firm verdict as Vega takes lead in a few while GTX 1080 in others.

An internal testing team from AMD might have performed these benchmarks as a part of early test runs. The listed benchmarks make it obvious that the test was performed using half-baked drivers and the results cannot be trusted for the way they are. Moreover, these benchmarks don’t make it clear which Vega card was used, 64 or 56.

In the compared benchmark listing, you can see that the Vega card is ahead of its Nvidia counterpart in Ocean Surface Simulation, Surface Scattering, Subsurface Scattering multiple view, and TV-L1 Optical Flow. While the GTX 1080 takes lead in Catmull-Clark Subdivision Level 3, Catmull-Clark Subdivision Level 5, and Vertex Connecting and Merging. Either of them may lead but the difference isn’t of the sky and earth in any of the tests. 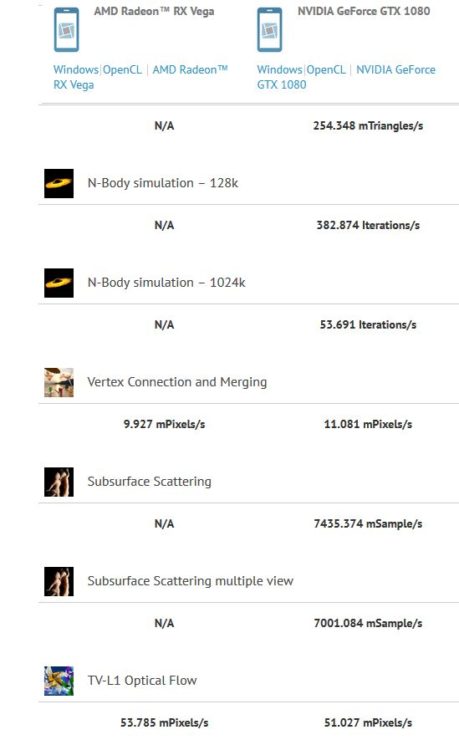 You must clearly know that benchmark performed on CompuBench doesn’t give the complete picture of how the AMD Radeon RX Vega card would really be. A wait of some more days will give us a look at the official specs of the Vega cards, then we will be able to ascertain how the Vega cards will perform in real life.

Two variants of AMD Vega cards are supposed to arrive, one with 64 compute units and the other with 56 compute units. The high-end card RX Vega 64 will arrive with 4096 stream processors and has been names GFX9 internally. On the other hand, the RX Vega 56 will have 3584 stream processors. The Vega cards are supposed to arrive with HBM2 memory and sport a competitive price tag.