AMD Radeon RX Vega’s launch is just around the corner and the company might already be sending the review samples. One of the reviewers decided to post the unboxing today itself and reveal some of the important information about the RX Vega card that should have been revealed during launch. Here are the details that the unboxing has to offer. 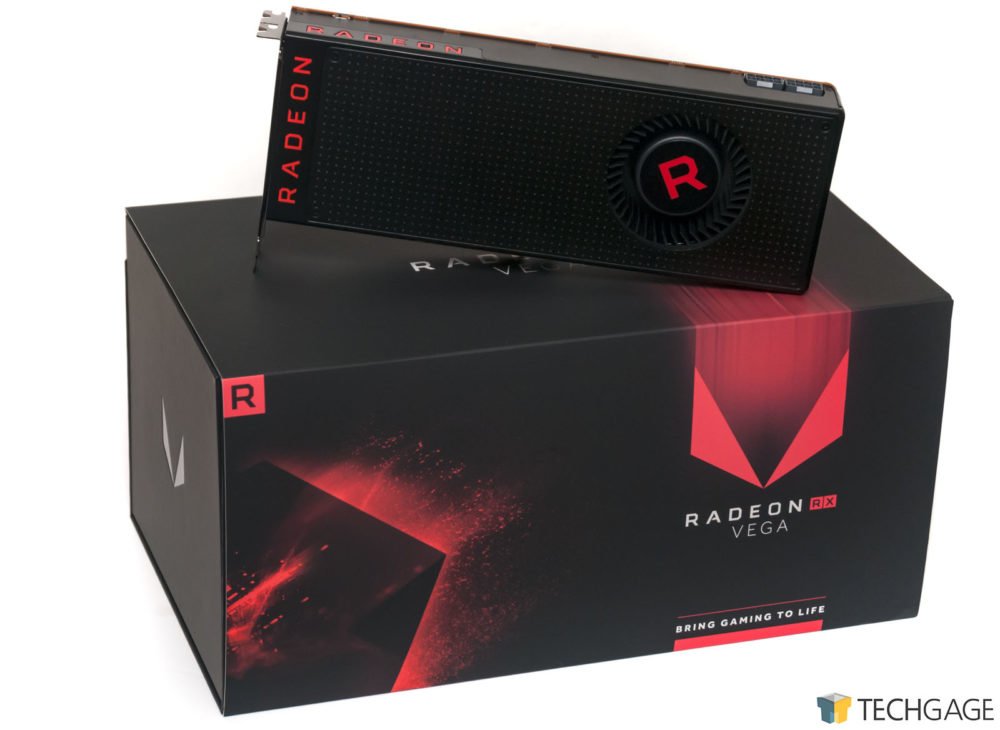 TechGage is the reviewer that already published the unboxing but was soon taken down. Videocardz spotted the unboxing post before it could be taken down and managed to get the images of the unboxed Radeon RX Vega 64. Videocardz also mentions that the review samples had arrived this morning itself and TechGage couldn’t wait any further to publish the unboxing.

Ideally, the unboxing posts and videos are published soon after the product goes official from the company’s side. The detailed reviews are then published after a few days of thorough testing. The good news is that you won’t have to wait long for the reviews to go online. Videocardz suggests that the RX Vega 64’s reviews will be up by August 14th.

Coming to the product details, the box is quite similar to what we had seen in Linus Tech Tip’s video published last month. The thing missing in the review box is the Holocube that the video showed to be a part of the box. It is a small cube that, when powered, creates a holographic image of Vega’s ‘V’ logo in red. You can see it working in the video. Apart from this, the video showcased the Vega 64 Limited Edition card but the ones sent as reviewing samples aren’t the limited edition.

The packaging of the Vega card also includes a Vega chip GPU, two stickers, Vega wristband, and a manual, along with the graphics card unit. The Holocube has been replaced with a crystal square with Vega logo, as mentioned in the report. We will continue to provide new information as and when they unfold. Stay tuned!