MobiPicker
Tech Hardware AMD Radeon RX 490 On Par With Nvidia GeForce GTX 1080; VR-Ready...
Share on Facebook
Tweet on Twitter
Deal Alert: 49% Off on ExpressVPN
Touted as #1 VPN in the world, ExpressVPN is now offering 49% off & an additional 3-months of service on its annual plans.

AMD’s much-awaited graphics card – Radeon RX 490 – is all set to launch this month. Recently, performance results of the beast graphics card were found on Ashes Of the Singularity (AOTS) benchmark. The latest leak hints at a Vega card and the retailer listing suggests a 2016 release. Which means, we can expect the card to launch well before the new year begins.

RX 490 is likely to be a beast matching the performance of Nvidia’s high-end GeForce GTX 1080. According to reports, the card is compatible for VR gaming. There hasn’t been official confirmation about the architecture per se, but it’s highly likely that the new card will be based on Vega 10. The card showed up with device ID 687F:C1. The tests conducted with DirectX API mode, consisting of Crazy, Standard and Low Settings, comprised of four benchmarks. The leaked images show the new card performing next to high-end GTX 1080. And from an initial glance, the RX 490 looks top-of-the-line in terms of performance. With 4K resolution support, the card is expected to perform really well in the VR segment as well. As for the scores, Radeon RX 490 ended up scoring 8400 points on the standard 1080P DX 12 which is on par with Nvidia’s GeForce GTX 1080. 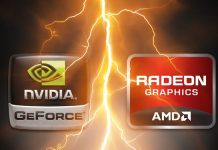 NVIDIA GTX 1080 Ti vs. AMD Radeon RX 490: Here’s What Gamers Can Expect From These Next-Gen Chips 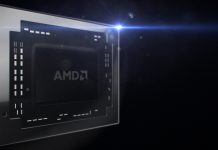