So if you are in the US and are waiting eagerly for the AMD Radeon RX 480, here’s some good news for you. The GPU has started reaching US stores and is probably available in plenty of stocks. It was earlier believed that AMD would be stocking the RX 480 in large numbers, but the latest reports suggest that the Radeon RX 480 stocks are 20 times more than Nvidia’s GTX 1080 at launch. 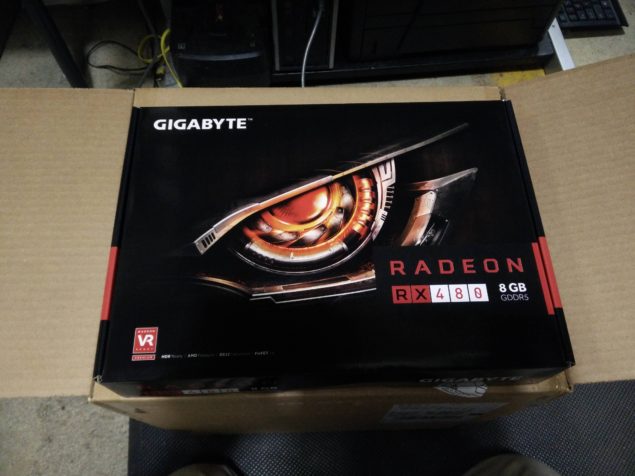 This news is great for fans as the RX 480 is a very hugely hyped GPU and will sell in large numbers due to its affordable price, causing the possibility of stocks running out. This is why AMD wants to make sure that everyone can get their hands on the card. A Reddit user sirbeers has posted a photo (above) of a new Gigabyte RX 480 8GB shipment arrived in a Baltimore’s Microcenter branch. This is the first US shipment of the card we’ve spotted.

Many retailers do not receive any guidelines about the release date and stock the cards right after the shipments arrive. This has happened last year too, and many some lucky fans got the cards even before the official launch. This could happen again with the RX 480 as the card is already shipping to the stores before the launch that will happen on 29th June.

In Overland Park Kansas, a Microcenter branch is receiving 100 units of the RX 480 cards on the 28the June. Just for reference, the branch had only four GTX 1080 cards in stock. So yes, this confirms that the AMD Radeon RX 480 stocks are 25 times more than the GeForce GTX 1080 cards. The card is going to launch on 29th June possibly alongside the RX 470 and RX 460. There will be 8GB and 4GB variants of the RX 480, while the smaller siblings will come in 4GB and 2GB variants.