AMD unveiled its $1,500 Fiji GPU yesterday at Capsaicin, but this wasn’t the only highlight of the event. AMD also unveiled its next-generation Polaris GPU and announced its longer-term GPU roadmap.

Off late, AMD has suffered a huge loss at the hands of its arch-rival NVidia, especially due to it’s less power-efficient and much noisier GPUs (Radeon Nano being the only exception), particularly the mobile GPUs. Now both these giants are working on their future 14nm hardware.

AMD had earlier said that it would provide a 2x performance-per-watt improvement with Polaris over its earlier 28nm-class hardware. The company has now increased this figure to 2.5x. Though absolute calculation of performance-per-watt is not possible but we can always get best-case estimates and this bump should be significant if AMD delivers its promise.

AMD’s announced its rough GPU roadmap for the next 18 months. The roadmap suggests that AMD’s next-generation GPU family, dubbed Vega will arrive somewhere around late 2016 or early 2017.Vega has been specifically labelled as using HBM2 which suggests that it may be the much-awaited high-end architecture revamp. It is expected to bring bigger frame buffers and if rumours are to be believed a next-gen GPU architecture is also on cards which will be a heavy improvement over current GCN architecture.

The very fact that Vega has been labelled as HBM2, while on the other hand, Polaris hasn’t been labelled with any memory type clearly indicates that Polaris will use either GDDR5 or GDDR5X. GDDR5 is more likely considering the fact that GDDR5X consumes far more power and AMD is also not currently in a position for a volume launch in just a couple of months prior to summer 2016 release of Polaris. PC Perspective has, however, noted that Polaris may still use HBM1, which is also very possible.

AMD adopted HBM in 2015 because it wanted to deliver a huge amount of memory bandwidth and at the risk of a smaller maximum VRAM frame buffer. AMD even claimed that HBM made more sense than GDDR5 for the Fury Nano and Fury X and if it would be adopting GDDR5 for Polaris, it would be only for some practical reasons. 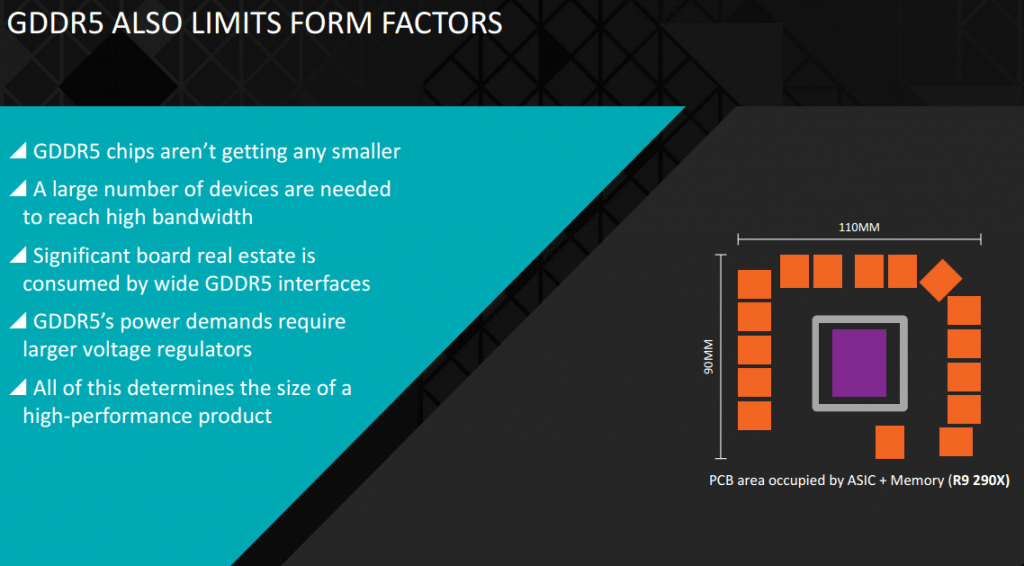 Rumours suggest that AMD will target the upper-midrange of the GPU market with the Polaris considering the fact that Steam’s Hardware Survey had clearly indicated upper midrange NVidia GTX 970 most popular GPU with 3.97% share among all the GPUs from AMD and NVidia. Steam’s survey can’t be very accurate but still it can’t be totally ignored.

GDDR5 should be a better option for AMD if it wishes to launch a GPU with a great boost in performance per dollar and watt and also wishes to go for the 8GB cards. HBM2 may not be still ready for launch and HBM was never a mainstream technology.

The Red Team fans may have come across the term Greenland every now and then, but it seems to be off the cards now since it had no mention on the roadmap.