MobiPicker
Tech Hardware AMD Polaris 10 GPU Has 2304 Stream Processors, There’s No 2560 Core...
Share on Facebook
Tweet on Twitter
Deal Alert: 49% Off on ExpressVPN
Touted as #1 VPN in the world, ExpressVPN is now offering 49% off & an additional 3-months of service on its annual plans.

RX 480 is out but there’s still one more rumor about its Polaris 10 architecture floating around. It was believed that the full Polaris 10 chip from AMD would feature 40 compute units, making the max number of stream processors 2560 (64 cores per one compute unit). 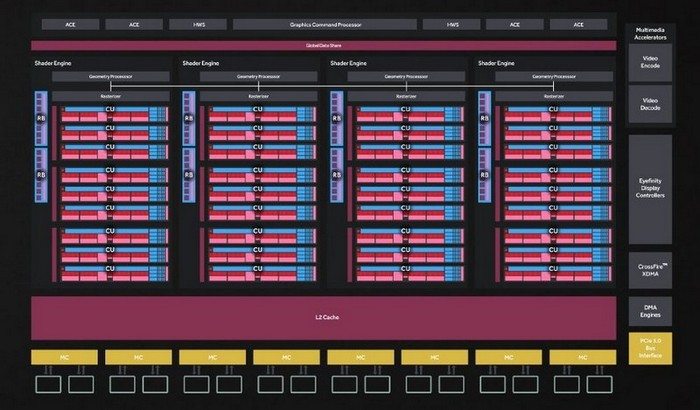 So, at the end, Polaris won’t come in 40 CUs version, unlike the Pascal GP104. It seems that RX 480 uses full Polaris 10 chip and that there’s a slim chance of upcoming RX 490 using Polaris 10 chip unless AMD is planning to make a dual GPU card.