AMD is having quite a show at this year’s CES. After showing its latest Ryzen CPU architecture, the company revealed its new Vega GPU. The company showed the Vega GPU die, which is huge. The die is larger than 500mm2, making it the larger FinFET GPU made by RTG (Radeon Technologies Group) ever. Below you can look at comparison made by Videocardz, showing different graphics chips, with the latest Vega chip being clearly the largest of the bunch.

The new architecture will be the first consumer chip made by AMD that utilizes the new HBM2 standard, doubling the capacity per die and clock per pin. If you remember, the Radeon R9 Fury X was the first graphics card to utilize HBM standard, but since memory used was the first HBM generation, the card was limited to 4GB of VRAM featuring 512GB/s memory bandwidth. There were 4 layers of memory per stack with 256 MB per layer. Although the new HBM2 standard also uses just 4 layers, it also uses higher densities per layer, meaning that the new Vega-based graphics card will be capable of having up to 8 GB of VRAM. Also, HBM2 supports clocks up to 2 Gb/s compared to 1 Gb/s on HBM1.The downside is that one stack of HBM2 memory is around 92mm2 large, while HBM1 was just 35mm2 in size. 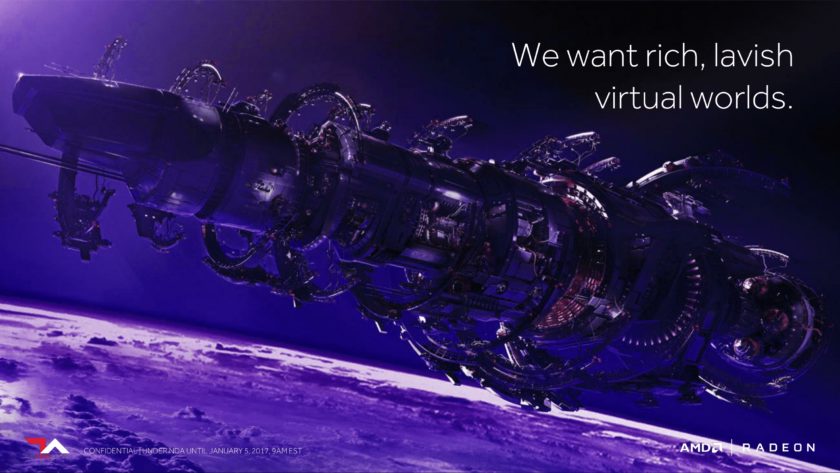 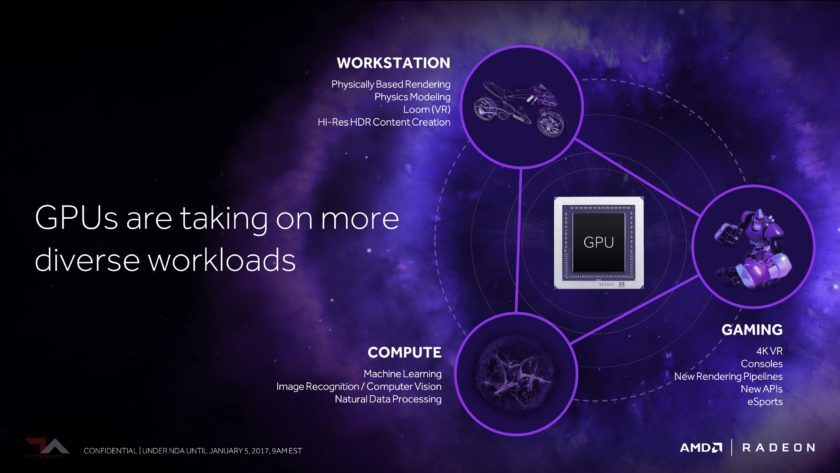 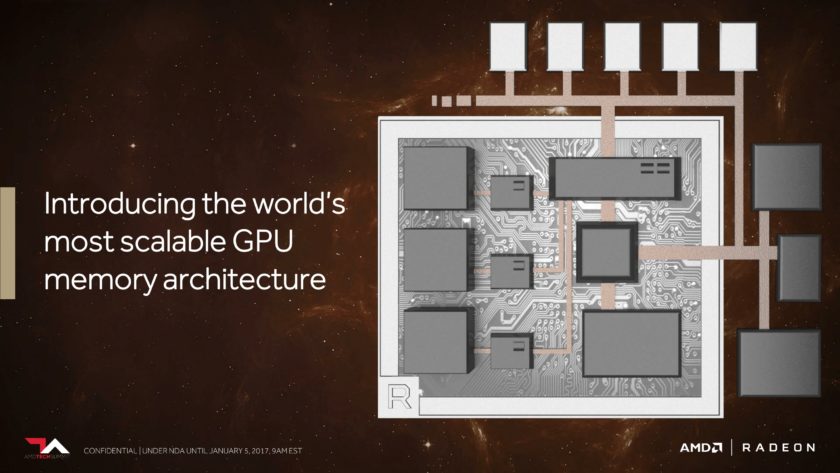 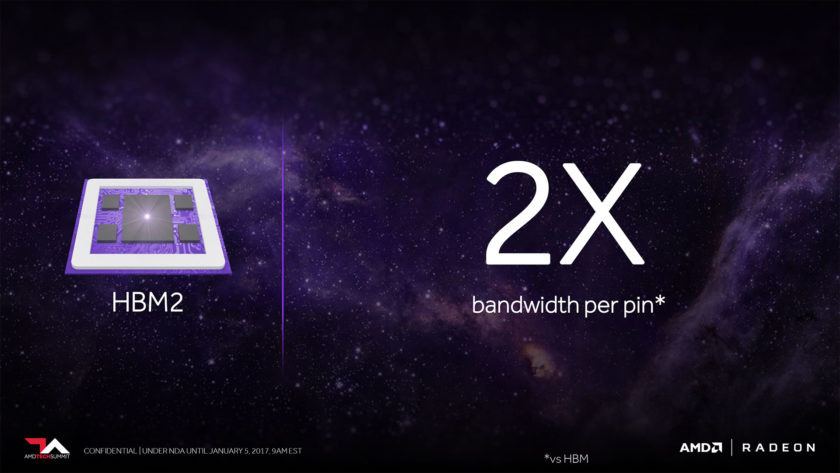 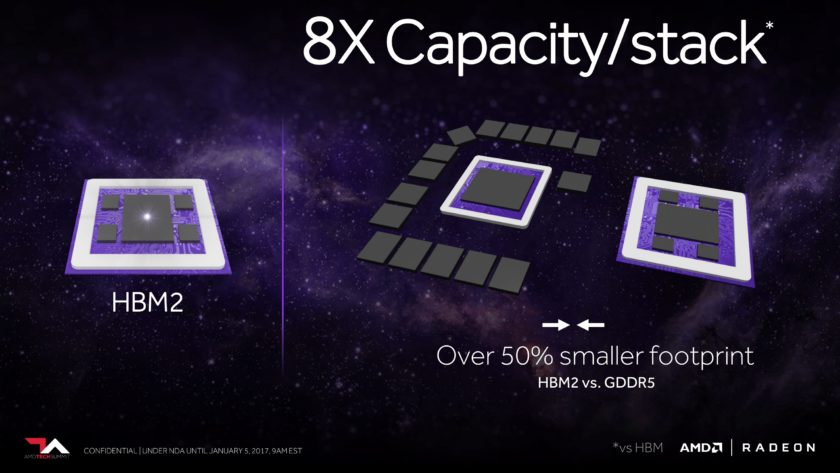 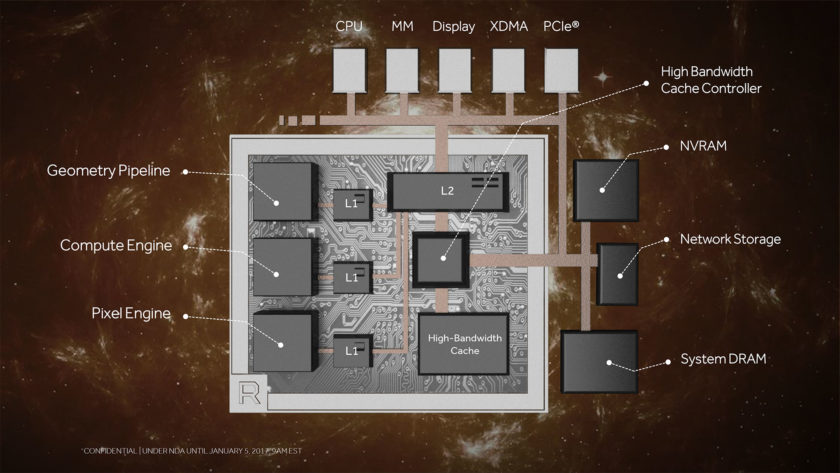 Some of the most important features of the Vega architecture are:

According to reports, the Vega sample equipped with 8 GB of VRAM has the power between the GTX 1070 and GTX 1080, at least while running the latest DOOM. Vega architecture should launch during the first half of 2017, and there are chances for the AMD to launch Vega and Ryzen simultaneously.