The LeTV LeMax Pro (X910) is one of the most actively rumored phones nowadays, and continuous leaks and speculations about the phone are pouring in regularly. The high-end phone has been caught on AnTuTu, and the benchmark results are just mind-blowing! 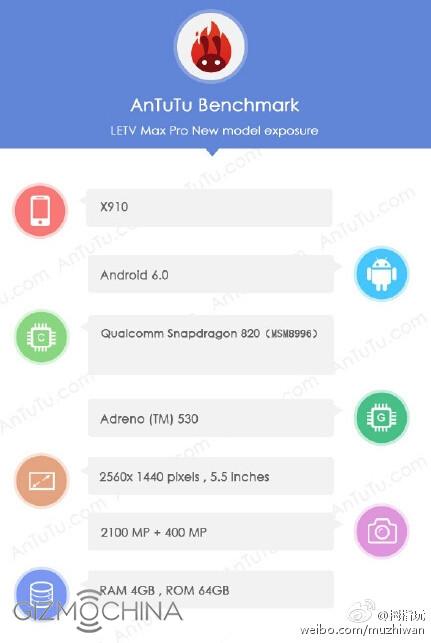 The LeMax Pro (X910) scored a whopping 133,357 points on AnTuTu, which is extremely good and is something that really makes the high-end user happy. The phone had previously been spotted on GFXBench, which revealed most of the details about the phone. 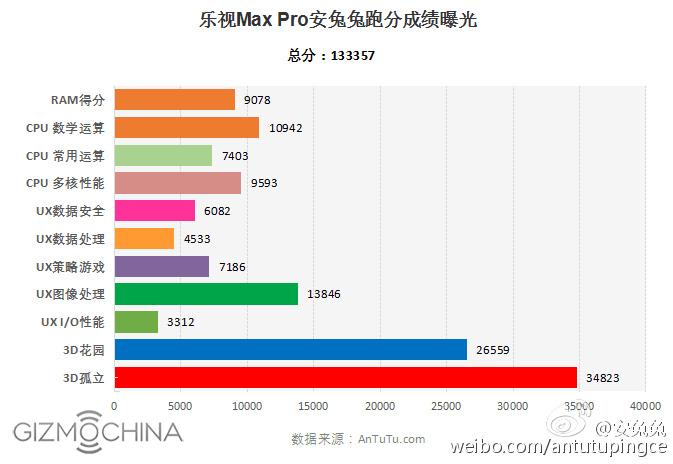 The LeTV LeMax Pro (X910) gets a Quad HD 5.5-inch display and is powered by a Snapdragon 820 chipset. Under the hood is a quad-core processor and the Adreno 530 GPU. The phone gets massive 4GB of RAM and 64GB of onboard storage. A great 21MP camera sits at the back, while the front-facing camera is a 4MP UltraPixel sensor. The LeMax Pro runs Android 6.0 out of the box.

Some leaked renders of the phone show the slim body, but the fingerprint sensor is nowhere to be seen. It is possible that the handset might come with Qualcomm’s Ultrasonic fingerprint recognition technology, which does not require a button and can be embedded under the display too.

The phone hasn’t passed TENAA yet, so we need to wait for that until we can confirm the specs for sure.