MobiPicker
News Allview A5 Easy launched at Rs. 5,180 with Android 5.1 Lollipop
Share on Facebook
Tweet on Twitter
Deal Alert: 49% Off on ExpressVPN
Touted as #1 VPN in the world, ExpressVPN is now offering 49% off & an additional 3-months of service on its annual plans.

Allview has launched a new smartphone in an affordable price segment. Dubbed Allview A5 Easy, the phone is running on Android 5.1 Lollipop out of box, and will be available for purchase starting August 25th.

Housing 1 GB of RAM, and 8GB of native storage, which is further expandable up to 32GB, the Allview A5 Easy is equipped with a 4 inch display with a resolution of 480 x 800 pixels. It is powered by a MediaTek 1GHz Dual-Core processor with Mali-400 GPU. 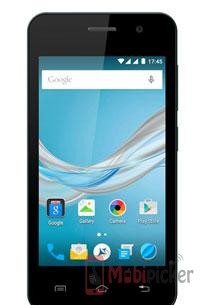 As far as camera is concerned, the Allview A5 Easy features a 5 megapixel primary snapper, and VGA for selfies. For connectivity, it includes Bluetooth 4.0 with A2DP, EDR, Wi-Fi 802.11 b/g/n, Wi-Fi direct, micro USB, and Hotspot.

With the dual-SIM support, the device is juiced up by a 1,400mAh battery. Allview A5 Easy will be available in White and Black colors for the price of $98 or Rs. 5,180.

You can also check out other newly launched smartphones or compare mobile phones to decide which is better device for you.